The field op released in 2010 was the 15th one overall. The orders from Gary for the 15th field op were as follows:

The scanner is only half done, but it’s already damaged. Someone is sabotaging us!

Work together to find the broken part, and restart the system. It’s disguised as a buoy.

It was located at the Beach, next to the Lighthouse were the supplies are. The game was the one where you have the five falling items and have to match your piece up with it before it falls on you.

In 2012 there were several different updates. The most minor ones were a new logoff screen advertising next month’s Halloween Party. The other minor update was a font change in your speech bubble and also on popups such as ones saying “You already have this item”. Also in 2012 there was a new field op. This was the 100th one. You had to go to the Ski Hill and play the mini-game to power up the chipset. After that you would get a field op medal which could be used to purchase spy gear. 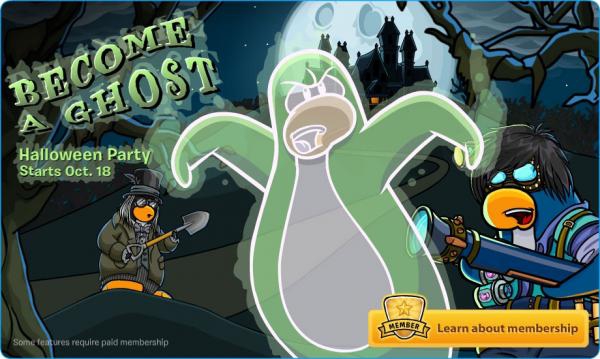 The final two updates in 2012 were a new pin and that year’s Fair. The new pin was the Triple Scoop Pin and it could be found in the Ski Lodge. This was Club Penguin’s 219th pin. The 2012 Fair was Club Penguin’s sixth Fair. Like all of the past Fairs it had games you could play to earn tickets from and then redeem for special items at the ticket booths.