In case you didn’t believe my post from earlier in this week, here’s confirmation: today Club Penguin has officially announced they are bringing their popular Sled Racing game to mobile devices. Here is what Megg wrote on the official blog:

The team is working on creating a new mini-game app for iOS devices. The best part? It’s a free download! We’ll soon be releasing an exciting and insanely epic Sled Racer app! Can you tell that I’m stoked?

Like the mini game on web, you’ll be racing down high speed sled runs. But this time, the aim is to see how far you can go! A new fast-paced challenge? Holla!

Here’s a screenshot from when I was testing out the game: 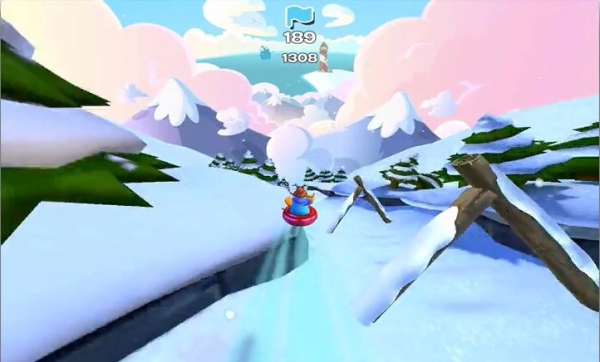 Are you as excited as I am?! Let us know what you think in the comments.

The first thing I thought of when I saw the sneak peek image is that it looks a lot like Club Penguin Game Day for Wii due to the 3D. A release date has not been provided.