On this day in Club Penguin history there were two updates in 2009. That years’s Music Jam construction began and also Ruby and the Ruby was rereleased at the Stage.

For the Music Jam construction boxes were placed at the Beach, Lighthouse, Iceberg, Cove, Forest, Soccer Pitch (Stadium), Snow Forts, Dock, Coffee Shop, and finally the Ski Village – lots of rooms! The party would be starting the following week on July 17th. 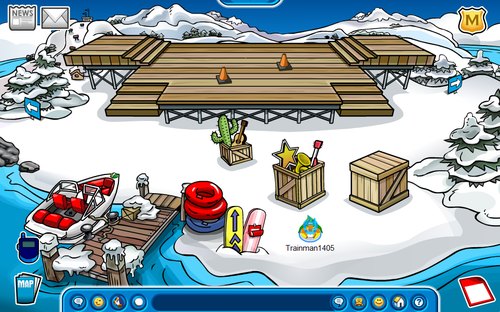 As for Ruby and the Ruby, its July 2009 showing was its second one, with the first one being in September 2008. The Stage play had not been modified in any way for the encore presentation.