These past few days some Club Penguin bloggers have been posting this image on their website and claiming it will be an interactive museum room at next month space/futuristic party. I doubt that. While yes, the image as made for Club Penguin, its artist did not say when. Don’t believe me? See for yourself on the artist’s website here. 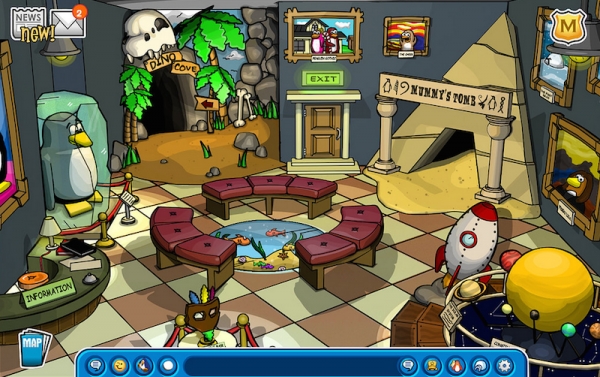 This is all the artist said about the above image:

This is an environment I was asked to design for Disney Online Recruitment as an art test for their online children’s game “Club Penguin”. I decided to make an interactive museum and tried to match the style of other levels within the game.

Cheers! If you need anything else debunked let me know.

Thanks to Tommy23456 and Pen50gi for bringing this to my attention.

12 thoughts on “Is Club Penguin Having An Interactive Museum Room At Next Month’s Party? My Guess Is No”