Club Penguin’s Fair has a lot of awesome stuff this year: rides, many new prizes, a whole new look, and more. But one thing I’ve noticed is that the prizes are more expensive and take a lot of time to earn compared to the event in previous years. For this post I will be comparing the prizes from the 2012 Fair, the most recent one, with this year’s Fair. Just like this year’s Fair, at the 2012 Fair there were prizes for nonmembers and also prizes for members. The games were the exact same for the most part, too. This was the complete Fair booth for nonmembers in 2012. Club Penguin did add more prizes in the second week of the Fair, and this is when the screenshot was taken: 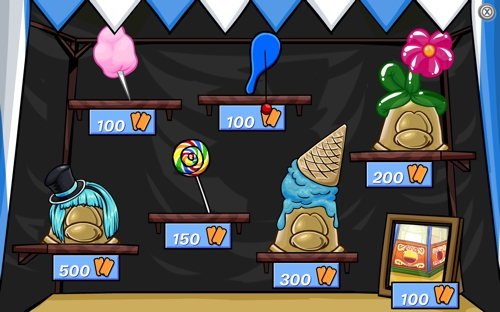 The total cost of these seven items? 1,450 tickets. It is worth noting that almost all these items were returned but one…so if you already had every item like me you only needed to earn a minimum of 500 tickets to get the item you needed.

Now let’s example the Fair prizes for members. This Fair Booth only had two new items – the clown ones. That meant older players had to only get a minimum of 1,100 tickets to get what they needed, or to get every item from this booth they had to earn a total of 3,130 tickets. 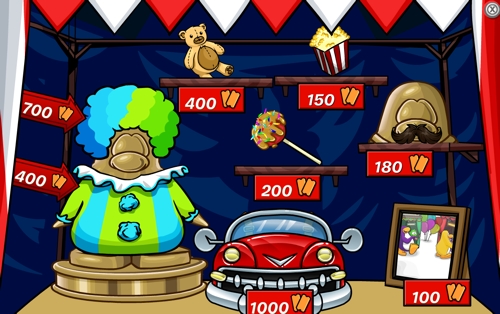 Totalled up between the two booths, penguins needed to get 4,580 tickets minimum to earn every prize.

Now if you’re wondering where I’m going with all this (hopefully correct) math, you’ll see. Let’s review this year’s prizes: 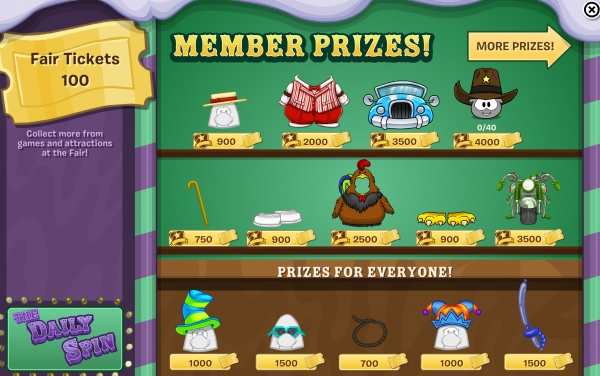 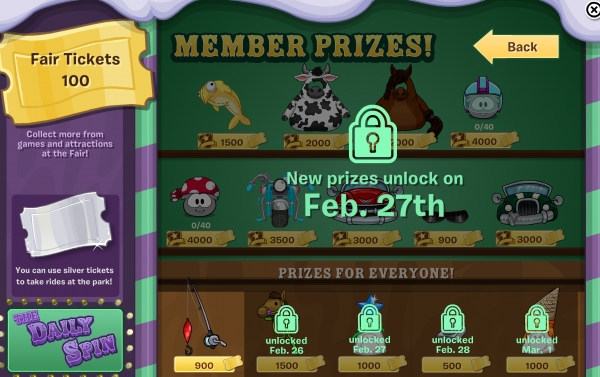 Here are some numbers for you:

So think about it: 3,130 tickets for everything at the 2012 Fair compared to 53,450 minimum at this year’s Fair. I do realise there are more prizes this year, but a mixture of that and prizes being roughly 3 times the cost of what they used to be, I feel like I’m married to Club Penguin, and I don’t want to be. For those of you who don’t quite understand what I mean when I say I feel like I’m married to Club Penguin, I feel like I’m committed to the game against my will and that I have to spend several hours minimum to get enough tickets if I want to earn every item – which, since I like to collect just like many others, I have to do. It’s great parties are two weeks now – in 2007 it was common for parties to be 7-10 days long. (The Fair in 2007 was 10) However, in our busy lives we may not have time for Club Penguin each and every day. We might have a lot of homework some nights, we might be busy playing with friends on the weekends, maybe you have after school sports, maybe your parents limit your time spent on the computer, or maybe you have a family night or other hobbies outside of the computer. That 14 days to get enough tickets seems even harder.

One thing that would have been nice to combat the such high prices this year would be the silver ticket from the Daily Spin. For nonmembers they can use it on a Fair ride that is normally for members, but for members they earn 1,000 coins. While 1,000 coins is cool, 1,000 tickets instead would be even cooler. Or what about the ability to exchange coins for tickets? While that does kind of take away part of the fun of playing games at the Fair, it would be a neat feature. Or they could have a slot machine game at a future Fair where you deposit X amount of coins and hope you get a pattern and earn more coins back than what you deposited. 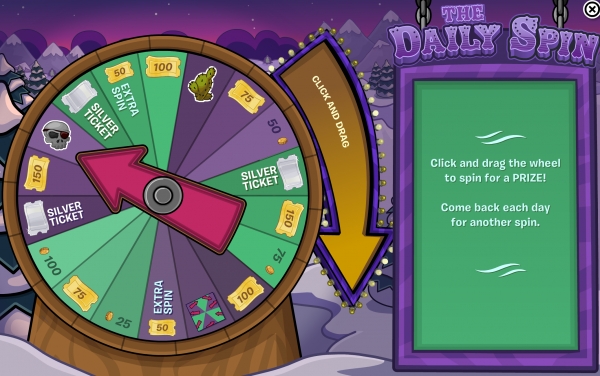 Yes, I do understand these are just pixels on the computer and mean nothing in real life, but there is nothing wrong with wanting to collect every item on Club Penguin. With the exception of having missed a few for various reasons, I’ve collected every item available since I joined the game in August 2006. In the past the Fair prizes were reasonable priced, but now this year I’m not sure if I will have the time to get every item. The only way I see myself being able to is if I make some sacrifices to ensure I have enough time to earn the required amount of tickets to get at least one of every item, which is what I’m hoping to do. If you plan to take things to the extreme and get 40 of each Puffle Hat, then, well…good luck.

Let me know in the poll and comments below: do you think Club Penguin’s prizes this year are priced too high or do you consider it reasonable?

As an afterthought….I wonder how many tickets I could have earned had I played games instead of taking the time to write this post.

59 thoughts on “Club Penguin Discussion – Do The Fair Prizes Cost Too Much This Year?”