If you live in the UK and want to help Club Penguin try and win a BAFTA award then read this post! I was kidding about the beta hat, I just wanted to get your attention so Club Penguin can win. :-( Sorry! :P I say UK only because unfortunately voting is restricted to those in the UK only, as the BAFTA awards is a yearly event held in the United Kingdom. The virtual world has been nominated for best kids website again. They won in 2010 but have lost to other competing websites and virtual worlds other years…most likely because they offered items as a reward if they won. 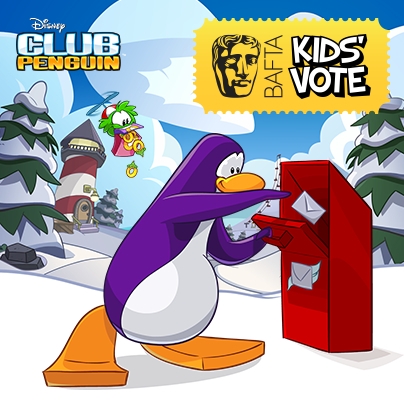 Anyway, if you’re in the UK and between the age of 7 and 14 head on over to the voting page and submit your votes for your favourite television show, film, video game, and website based on those that are listed. You can only pick one on each category. After that head on over to the goodies page for Club Penguin for your free desktop background and reusable code to add 100 coins to your account.

21 thoughts on “Live in the UK? Help Club Penguin Win a BAFTA Award! (Free Beta Hat If You Do)”