For those of you who follow Spike Hike on Twitter, you’ve seen him mention Kid President multiple times. As of recent times, some of the other Club Penguin Twitter accounts such as Polo Field have been mentioning him too! Kid President has been working on a special project called Socktober, which he explains in a guest post made yesterday to Club Penguin’s Blog.

What is Socktober? As we’re all told throughout life, there are some who are less fortunate than us. Some people, unfortunately, are homeless. Homeless people don’t always have shelter – or warmth. Kid President’s mission is to change that, saying the following on the blog:

What if we got 1 million people to help the homeless? Every night there are nearly 600,000 people who have to sleep on the streets in our country and it’s about to get really cold. That’s not okay! We can help them.

See if you and your family can work together to collect new socks and other simple everyday things your homeless neighbors might need. Collect them all by October 31 and deliver them to the local shelter in your town. Kids all over the world are getting involved! Can’t collect socks? We’re also working to raise money to help our friend Aaron build a safe place for women and kids who are homeless in Little Rock, Arkansas.

We want to show the world what awesome looks like! If you and your family decide to help out with SOCKTOBER, we want to know! Have your parents email a photo of your donation to socktober@soulpancake.com, along with your penguin name. I’ll send a list of the penguins who donated to the Club Penguin Team, and they’ll give you a special rare item for donating: the Green Bunny Slippers! How awesome is that?

There’s lots of people I could ask for help, but can’t think of a better group than my friends at Club Penguin. Let’s make this the best Socktober ever!

Together we can give the world a reason to dance! 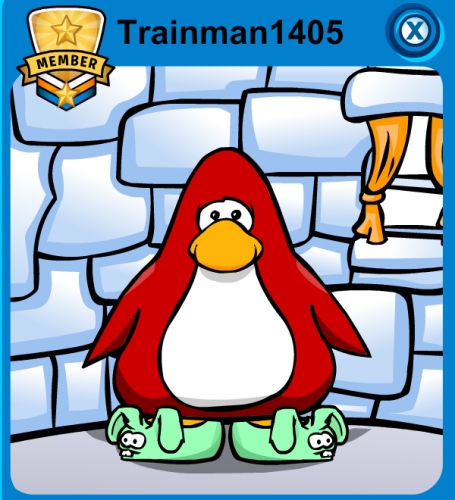