Club Penguin is hard at work with their birthday music video and they need your help! The music video is for their upcoming new song “It’s Your Birthday”. 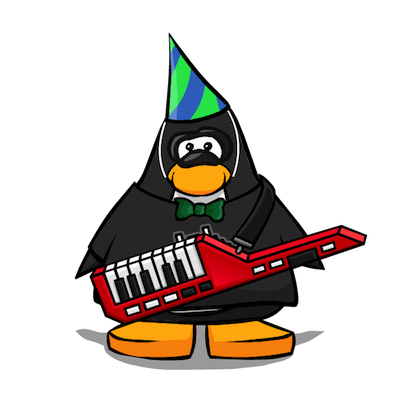 Here’s what the team needs from us:

We want to have a bunch of penguins with party outfits and party hats in our video! Here’s what you could do to get involved:

1) Dress up your penguin with a party outfit and an Anniversary Hat or Birthday Hat
2) Reply to this blog post (leave a comment)
3) We’ll randomly select a few outfits from the commenters to be featured in the video Ninja is working on right now!

Plus we’re also going to film some video footage in the Coffee Shop today at 12:15pm Penguin Standard Time. Another chance to get involved!

We’re going to pretend we’re at the Anniversary Party, so be ready to role-play! We’ll be on the server Marshmallow then — hope to see you there!

9 thoughts on “Help Club Penguin With Their Birthday Music Video!”