Last Monday it was revealed the My Penguin 1.1 update was coming soon. Today Spike Hike told us more about it on the Club Penguin Blog! He revealed that My Penguin has been downloaded over one million times so far, which is pretty awesome! In addition, Card-Jitsu Snow has been played 40 million times so far.This Thursday Card-Jitsu Snow is coming to the iPad via the My Penguin application! You’ll be able to play it on the iPad in multiplayer mode just like on the regular Club Penguin game. You’ll just need a wifi connection, unless they made it so you can play offline with robotic teammates. Another thing…hopefully it’s not as buggy as Card-Jitsu was when it was released online two weeks ago! 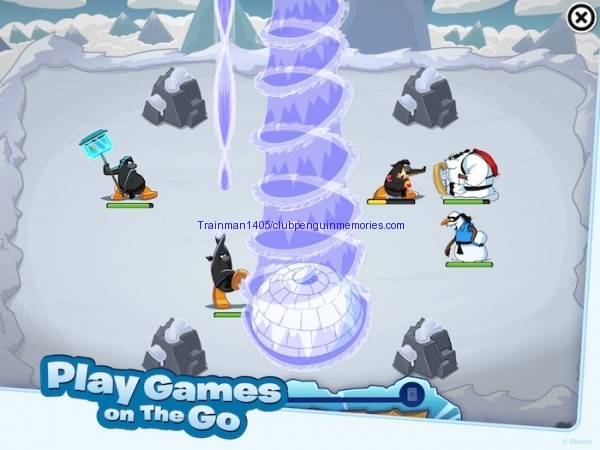 Other updates in the 1.1 version of My Penguin includes the final Puffle Rescue and Pufflescape levels. Sweet!