Daffodaily5 first started to blog for the Club Penguin Team around this time a year ago. Not only that, but she made the @Daffodaily5 Twitter account a year ago in May 2012. The account was private with no tweets, and Polo Field first confirmed it was really her in November which I had posted about. Today, right around the time of the second My Penguin party (sorry for not posting it, I was sleeping!) she opened up her account to the world and began tweeting! 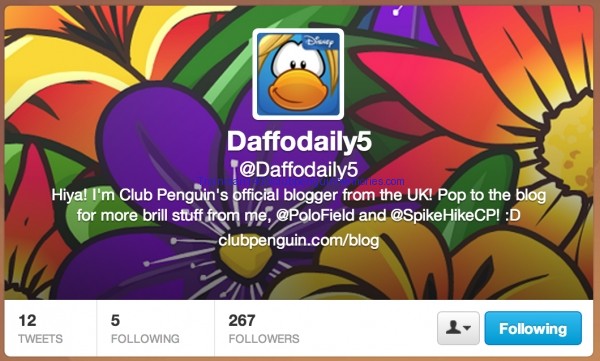 So far she’s already gained more than 250 followers in just a few hours. I won’t be surprised if she reaches over 1,000 by tomorrow due to word of mouth! Just like Polo Field she only follows a few Disney/CP employee accounts and does not reply to tweets to her.

Also, Happy77 stopped by! It has been said she still gives tours at the Club Penguin office on Fridays. True or not, she’s still around a little bit! She tweeted and even stopped by at the My Penguin party. 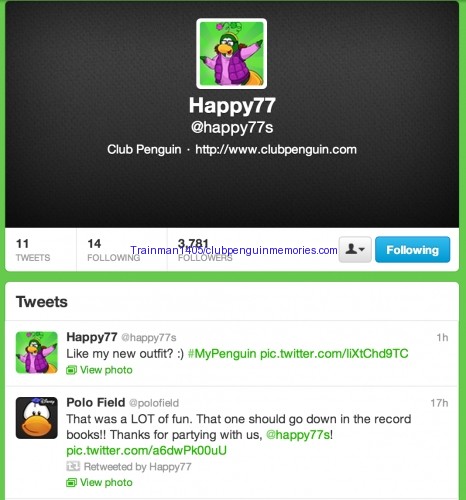