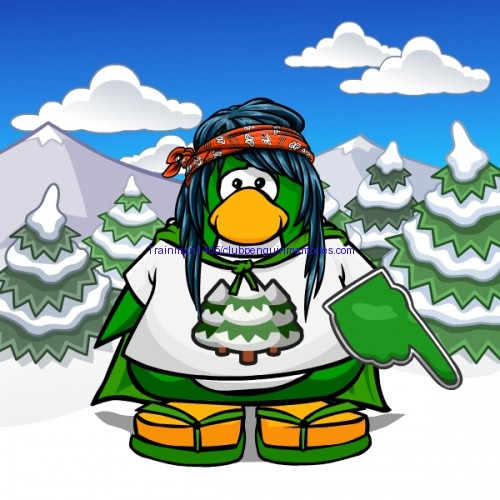 It hasn’t gone unnoticed, so the team featured Leafypingu in a post called “Penguin of the Day” which means they’ll probably be featuring penguins over the coming days.

The following two screenshots of Leafypingu in action were posted: 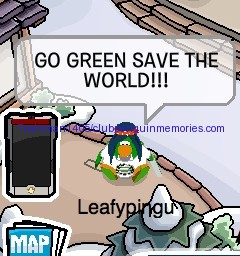 And of course overtime Leafypingu gained a crowd of some other supporters: 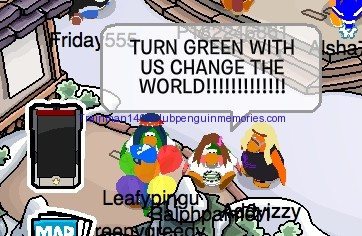 As a reward Leafypingu got 5,000 coins, so congrats! 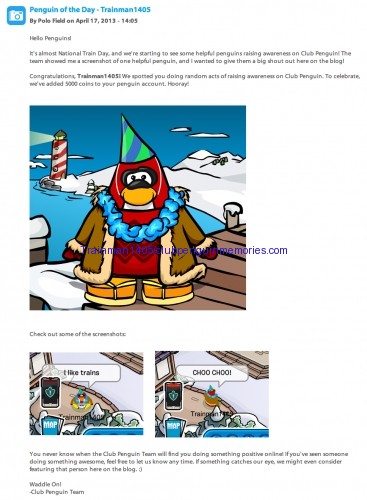 Also, for those of you on Twitter, it’s pretty dumb in my opinion that Spike Hike and others aren’t allowed to say our penguin names on Twitter to a small group of followers, yet they can show off a penguin to the whole world on the Club Penguin Blog…