When Spike Hike announced the My Penguin app, he specifically stated it’s only for iPad. But is an iPhone and iPod version in the works and coming soon too? Signs point to yes.

You may remember the many posts I made not too long about about the Club Penguin Summit, an event Club Penguin held where it invited some adult bloggers to their Kelowna office to talk about the game and its safety, and also to show off some sneak peeks of what’s in the works. One of the bloggers invited who attended the summit runs a blog called 5 Minutes for Mom. In one picture she included on her blog post about Club Penguin, you see an iPhone running an unreleased Club Penguin application: 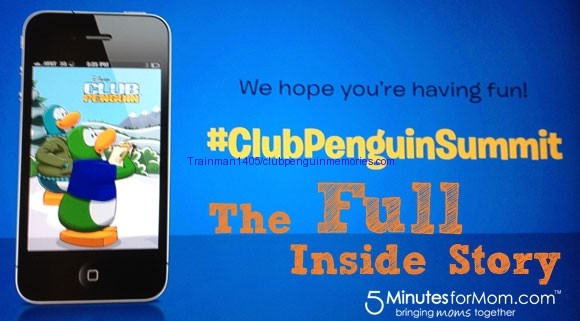 Unfortunately that’s the only picture available to my knowledge. Club Penguin has big plans for mobile in the future, so it seems likely they won’t leave out the iPhone and iPod Touch with My Penguin or a similar app in the near future. I just don’t think it will launch alongside the iPad application on May 9th. And let’s not forget about the unreleased Card-Jitsu app…

41 thoughts on “Is This a Picture of My Penguin on the iPhone?”