Nothing much was allowed to be said about Club Penguin’s mobile plans aside from the fact that it is coming in the future and still being worked on, however here is a single teaser image. I’m guessing it is the My Penguin app, which I first posted about a year ago and again recently mentioning Spike Hike. Check it out: 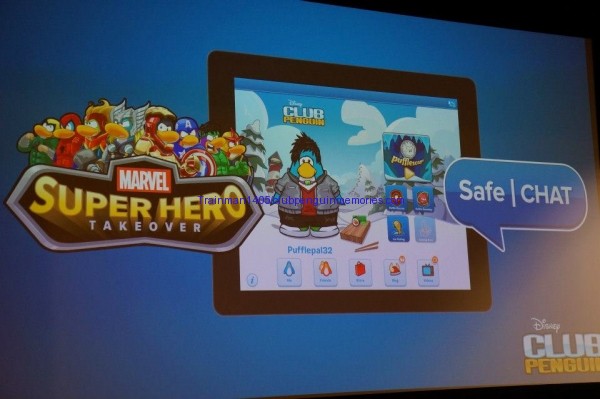 Pretty neat! I’m guessing it won’t be limited to the iPad, as Club Penguin would want to have as big of an audience as possible.

Picture from OC Mom Blog and thanks to Iker 2010 for telling me about it.