A new Club Penguin Reviewed By You has been posted on Club Penguin’s Blog by the one and only Polo Field. Last week the team asked us what we think the most awesome, epic super power in the entire universe is, and Indigofire14 said:

I think the most awesome, epic super power in the entire universe is invisibility. No sense can be more fooled than sight! Also, when you’re fighting supervillains, the element of surprise is on your side. They’ll never see you coming. Ninja power! 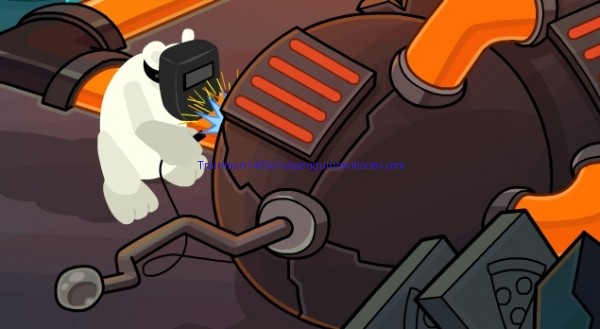 This week’s reviewed by you is about Herbert P. Bear, since Operation Hot Sauce is over. The prompt for this week is:

What is Herbert up to?! Tell us why you think Herbert stole the hot sauce, and what you think he’s planning next.

There is also the usual incentive:

We’ll pick one of our favorite comments and feature it on the blog next week. If yours is chosen, we’ll add 10,000 coins to your penguin account.