Here is what happened on the 15th of February in Club Penguin History! There have only been two updates and they both occurred in 2008. First of all there was a new pin, the Anchor Pin. It was located at the Cove. Second of all, that month’s party, the Underwater Party, or Submarine Party as some called it, was released. There were two free items, the Yellow Snorkel at the Forest in the treasure chest and the Seashell Belt in the box at the Book Room. There was also a poll at the Iceberg where you could vote on a name for what is now called Aqua Grabber. 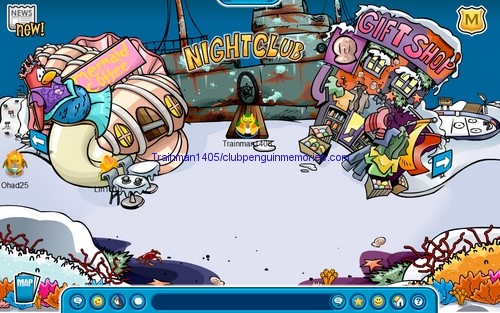 This was also the first time my comment got posted (and replied to!) on Club Penguin’s Blog.