There were several updates on the 12th of February in 2010! Quite a few were Puffle Related, too. To prepare for the 2010 Puffle Party boxes were placed around the island. There were also three new login screens, with two of the three advertising the Puffle Party. The third advertised the stage play that was released on that day also, Secrets of the Bamboo Forest. Along with the play the Golden Feather Pin was hidden at the Lighthouse Beacon. The pin was needed to access the bridge in the Stage room and get the Phoenix Queen’s Background. The Orange Puffle was also spotted at the Ski Lodge, taking place of Fred in the cuckoo clock every 30 minutes. 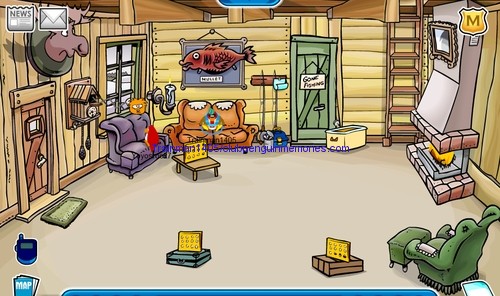 Finally, the Puffle Furniture catalogue was updated and so were the postcards.