There were several updates on the 18th of January in 2008, such as the Winter Fiesta. In addition to that month’s party there was also a new pin and updated furniture catalogue with some new items for that month.

The 2008 Winter Fiesta was Club Penguin’s second one, with the first one being the previous year in 2007. At this party you could pick up a free pair of Festive Maracas in the Dance Club. The whole island was decorated with festive decorations, giving the island a warm and fun feeling. 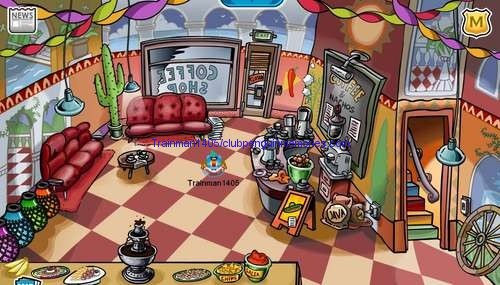 The pin released was Club Penguin’s 51st pin. It was the Sombrero Pin and could be found at the Forest. Not only that, but for the first few hours after the pin was released, anyone who got that pin got their account banned automatically due to a bug in the system. Luckily Club Penguin corrected this error and removed any bans resulting from the glitch.

Finally, the furniture catalogue featured items such as the Piñata and Mexican Vase as they had to do with the Winter Fiesta Party.