On the 16th of January there were two different updates in 2009. There were updates on the previous day, the 15th of January, which I covered yesterday, and then some more on the 16th. There was a new pin and a new furniture catalogue. 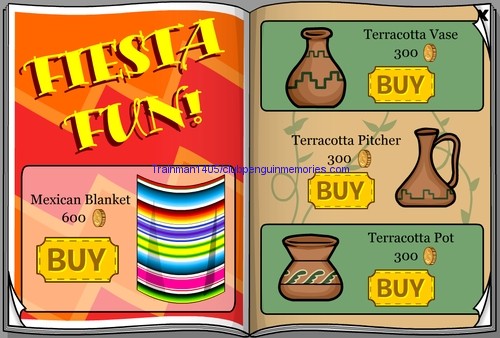 The pin was the Taco Pin and could be found on the left leg of the clock tower at the Snow Forts. The newly updated furniture catalogue featured items like the Terracotta Sun, Wall Gecko, Mexican Rug, and Piñata.