Club Penguin has released a new newspaper, for the 10th of January. This is the second issue of 2013 and brings us to a total of 377 published newspaper issues. The main headline is this week’s newspaper is about Gary needing scientists. 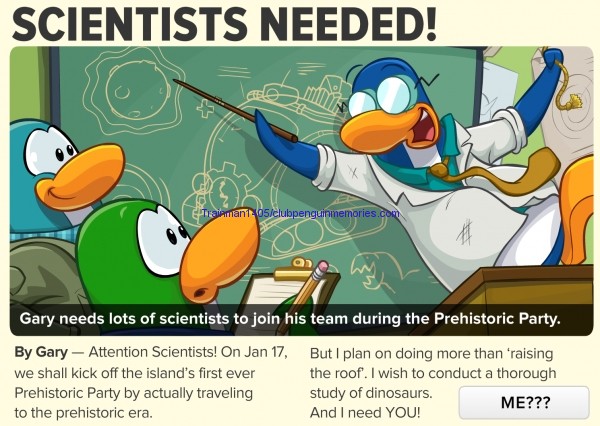 The second article is about Gary’s scientific proposal. 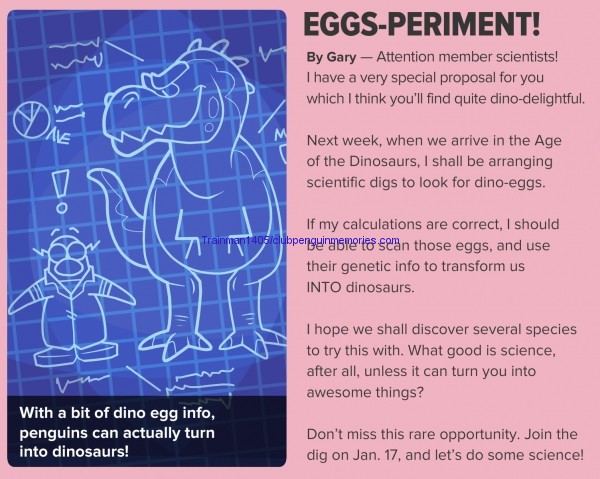 These are the upcoming events: 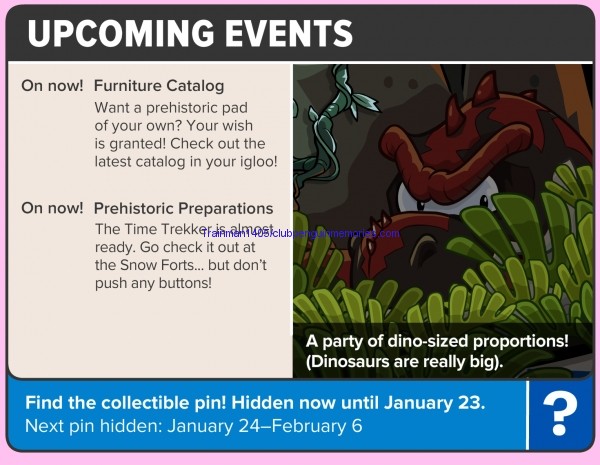