In 2010 there were many different updates on the 10th of December in Club Penguin History. A new furniture catalogue were released, and to go along with that Club Penguin also launched their Deck The Halls Igloo Decorating Contest. The furniture catalogue featured new items such as the Coins For Change Donation Station and Donation Tube and lots of other colourful holiday related items. 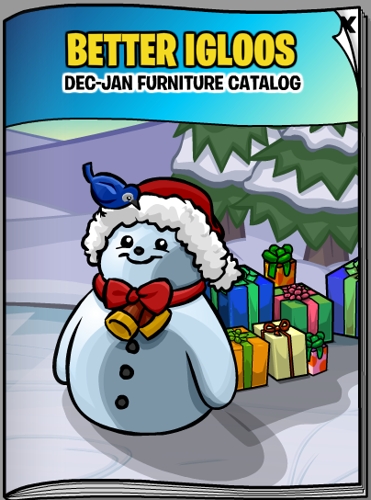 There were also some minor updates. For starters, the postcards were updated for the holidays. Construction for the 2010 Holiday Party also started, with boxes appearing in the Town and Beach as well as a few others. There were also new login screens for the Holiday Party and Coins For Change, updated igloo music (Candy Cane March and Santa’s Mix were added), and Rockhopper appeared closer in the Telescope.