On the 21st of November in 2008 there were a few updates. There was a new pin, new furniture catalogue, and a new stage play. Starting with the new pin, it was the Snowflake Tile and could be found at the Beach on the left of the Lighthouse door. The furniture catalogue on the other hand had some lovely Holiday themed items for member penguins to purchase and decorate their igloo with. 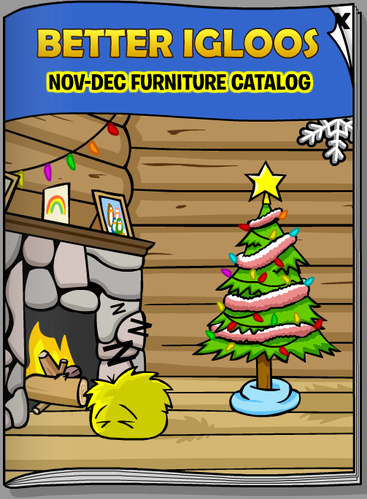 Finally, the new stage play was Fairy Fables. It was its first time displaying at the Stage. As you might have guessed from the play’s title, it involves a fairy and is a fable. Fairy Fables features the characters Twee, Prince Redhood, Big Bad Wool, and Grumpunzel. Fairy Fables has been at the stage several times since, also showing in June 2009, January 2010, September 2010, September 2011, and May 2012.