On the Spanish Club Penguin Blog a sneak peek of the Holiday Party 2012 and Coins for Change 2012 has been posted! For those unaware, Coins For Change is an event that started in 2007 and has been a yearly event since. During the event you donate your penguin’s coins to different causes and then Club Penguin will take one million dollars and donate it to charity! For example, if 50% of coins donated during Coins For Change were for protecting rain forests, then half of that one million dollars ($500,000) would be donated to charities or organisations for that particular cause. The three causes this year are:

Update: Perapin took the time to combine the two sneak peek images into one! 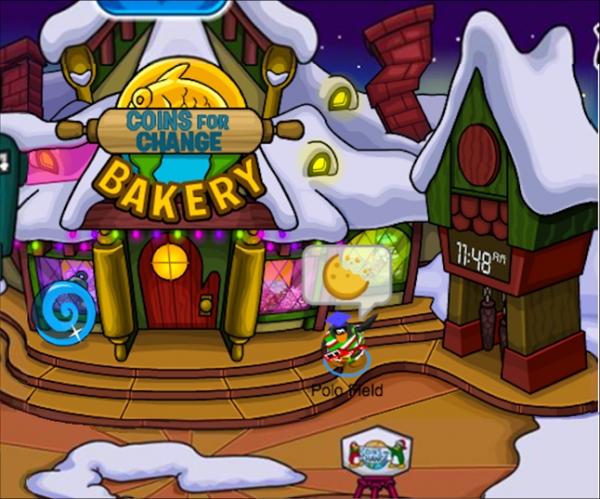 Here is the sneak peek image of the Snow Forts. Pastelería is Spanish for Bakery. 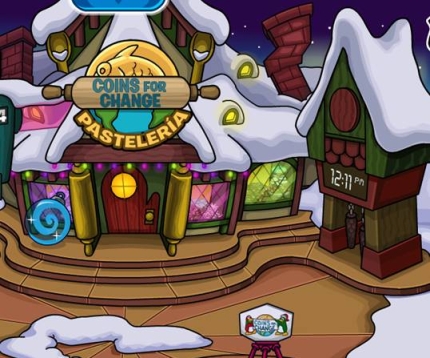 Update: Polo Field posted this on the English Blog. It’s a similar sneak peek but in English. You can also see him wearing an item from last year that will most likely make a return. There is also a new half eaten cookie emote! 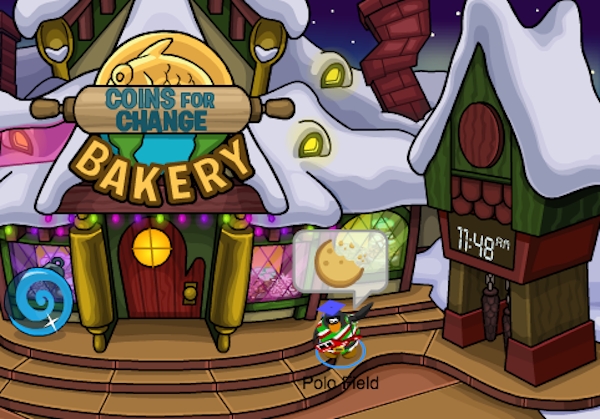