As shown in the above tweet, Iggy17290 asked me about this. I went to Club Penguin’s Facebook Page, and there is indeed a white penguin.

But I’ve got an explanation for it after a minute or two of digging. I don’t know when Arctic White is coming (heh, Club Penguin said May…) but just because the white penguin is on their Facebook does not mean the colour is almost here. 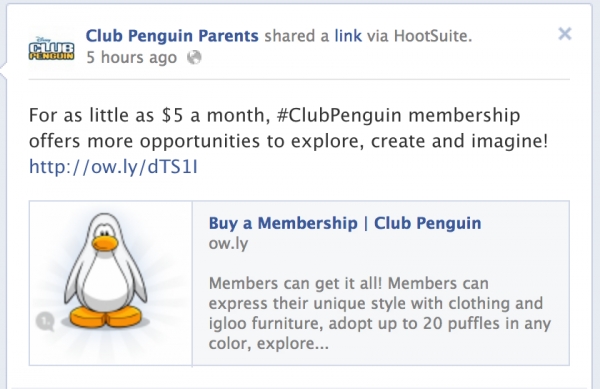 So I went to the membership link Club Penguin included, then went to make that a status on my own Facebook page. The white penguin also appeared. When you post a URL on Facebook, the site looks for images to use as a thumbnail to put next to the status, as you can see. 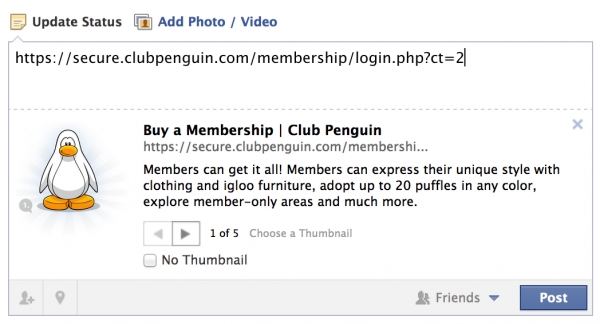 So I looked around their membership page. Where is it getting the white penguin from? It’s not this… 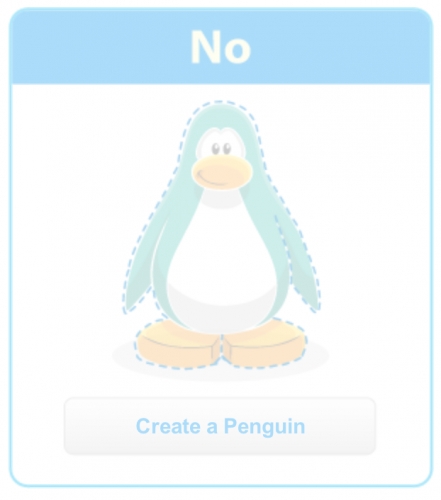 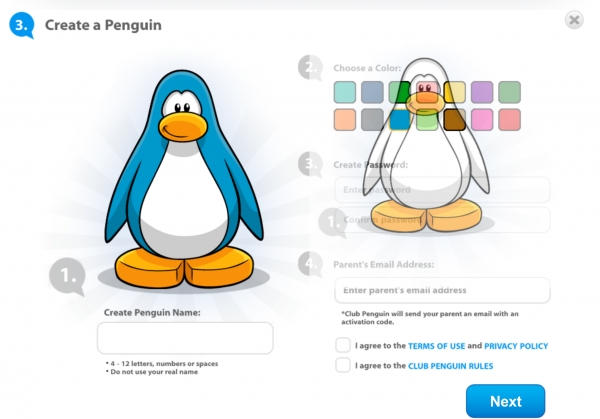 Go ahead, try dragging the penguin around and whatever is under the image when you drag it is what fills it in. 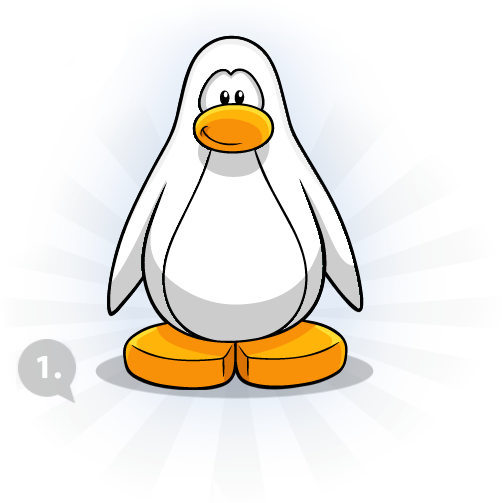 So there’s your answer as to why the penguin is white – it’s just transparent. Put it over a black background, and the penguin will be black, etc. It doesn’t mean Arctic White isn’t coming soon, though…