The 26th of September falls on a single year in Club Penguin updates, 2008. On this day in Club Penguin history the 2008 Fair was released. The 2008 Fair was Club Penguin’s second ever Fair. There were two new games, Balloon Pop and Puffle Soaker. It was also the first Fair to have a separate Prize Booth for members. Comparing the 2008 Fair to now, the locations of some of the special Fair games have moved. For example, back in 2008 Puffle Paddle was located at the Snow Forts and Puffle Shuffle was in the Forest rather than the Dock. The Great Puffle Circus did not exist at this time. 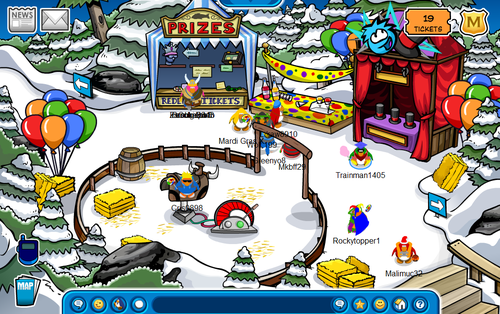 The other update on this day in 2008 was a new pin. It was the Lollipop Pin and was located at the Lighthouse. The Lollipop Pin was Club Penguin’s 73rd pin.