Wow, what a day it has been with Club Penguin related news on Twitter! First Billybob got a Twitter account amongst other things and then Businesmoose from the Club Penguin team joined the social media website! After that even more information popped up. Club Penguin has a documentary planned in the future which will be released after a clip of the Moose & Polo Show is uploaded. That makes two other videos on top of the Top 10 Fair List video coming later this week and another music video coming soon. 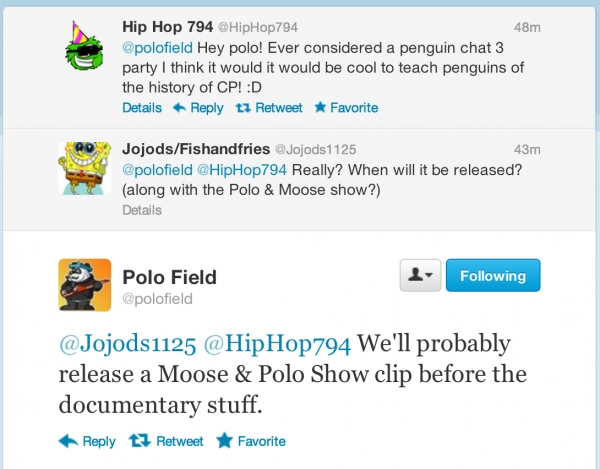 Then there’s a Halloween Party sneak peek next month, which means five upcoming videos! The Club Penguin team sure is busy, so props to them for that.