Club Penguin is working on a new top 10 Fair moments video like they did with the April Fools Day party.

We're making a Top 10 video for the Fair (like this one: http://t.co/196bSZ9P.) What do you think we should include this time? ^Polo Field

I managed to drop by. It was in the server Alaska. Both Polo Field and Businesmoose were online. 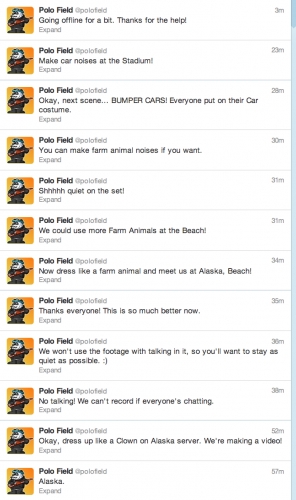 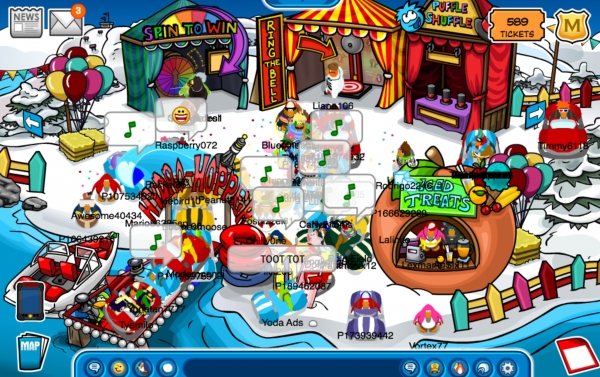 The video will be out in a few days. I’m guessing Thursday or Friday.

The other new Club Penguin video is going to be a music video. Maybe a new mascot song?

I got to see a rough cut of the next CP music video today. It's going to be awesome!

Speaking of mascots…there will be one in a few months.

@kostastasiou cool! There'll be someone brand new to meet in a few months!

The Halloween Party will be awesome according to Billybob. (but we already know that :D)

Just got out of a creative session on the halloween party @clubpenguin. Its going to be awesome this year!

Moved offices and finally got my collection set back up. How's it look? pic.twitter.com/eik0mHWZ

…and finally, Billybob is a proud owner of the iPhone 5.

Thanks to all of you who told me about this while I was out.