If you check out the Club Penguin Blog today, you’ll notice a new post from Happy77 relating to the new Smoothie Smash game. While we first caught a glimpse of it in the video Daffodaily5 posted, the sneak peek image we were given is much clearer and larger. Also for some reason a different font size/look was used in this post on the blog. 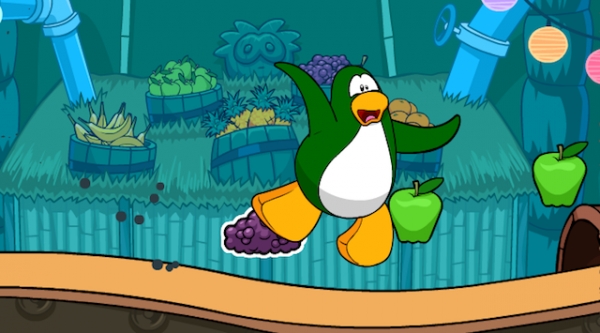 Not much was said in the blog post other than that it will be released this Thursday, on August 30th, in the Coffee Shop. In the comments section she did reply to several comments stating that this game will be permanent to the Coffee Shop and that it will have stamps, which I previously posted about just over a month ago.

This will be the second game in the Coffee Shop and third in the Coffee Shop and Book Room combination. Bean Counters and Mancala have been a part of Club Penguin ever since the beginning of the game and have not been updated at all aside from when Bean Counters was given a fresh look and updated game modes last March. Paint By Letters was a game in the Book Room Bookshelf from 2008 – 2012.