Here is a little bit of information about Club Penguin’s Ultimate Jam Party that starts three weeks from now on July 19th. 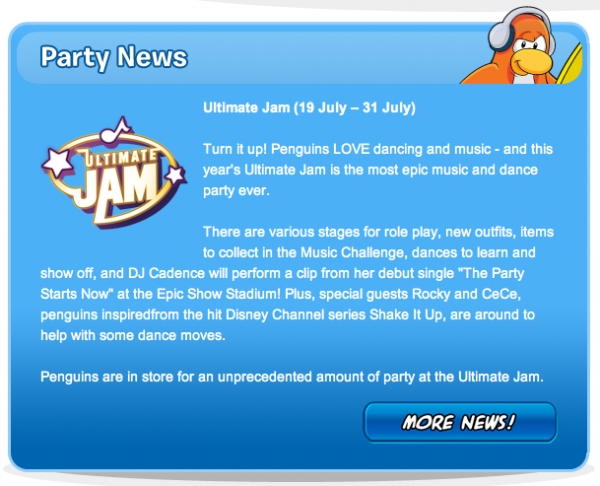 Turn it up! Penguins LOVE dancing and music – and this year’s Ultimate Jam is the most epic music and dance party ever.

There are various stages for role play, new outfits, items to collect in the Music Challenge, dances to learn and show off, and DJ Cadence will perform a clip from her debut single “The Party Starts Now” at the Epic Show Stadium! Plus, special guests Rocky and CeCe, penguins inspired from the hit Disney Channel series Shake It Up, are around to help with some dance moves.

Penguins are in store for an unprecedented amount of party at the Ultimate Jam.