Club Penguin has released a new newspaper, for the 12th of April. This is the fifteenth issue of 2012 and brings us to a total of 338 published newspaper issues.

The main headline is this week’s newspaper is about the 2012 Earth Day Party starting next week. The Lion Costume as shown below will be one of the new items at the party. 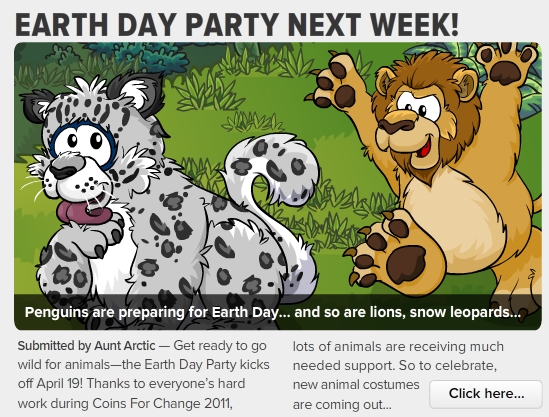 The second article in this newspaper is a list of all the winners. Do you recognise any of the winners? I do! 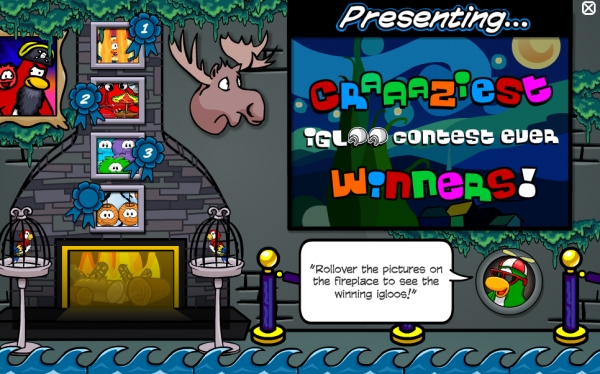 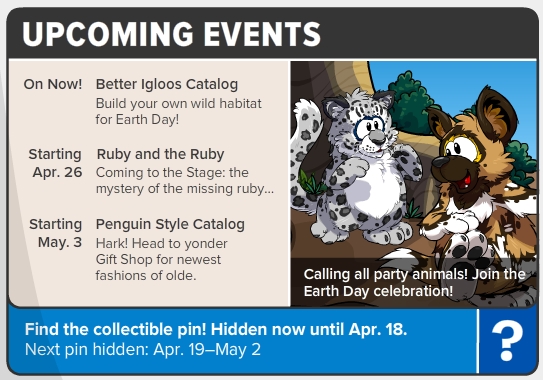