I know of a few more items that will be returning next month, as well as some new ones! Here they are: 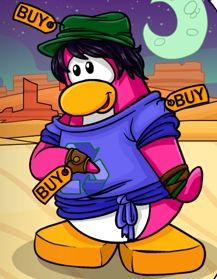 The African Painted Dog Costume and Snow Leopard Costume from last year’s Earth Day Party were 50 coins each. They are now returning for 400 coins each.