Club Penguin has released a new newspaper, for the 15th of March. This is the eleventh issue of 2012 and brings us to a total of 334 published newspaper issues.

The main headline is this week’s newspaper is about the Puffle Party. It’s an article by the Puffle Handler. 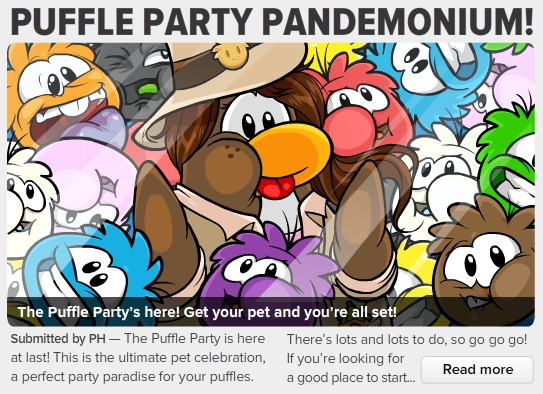 The second main headline is an article by Rookie, wondering where exactly Orange Puffles came from. 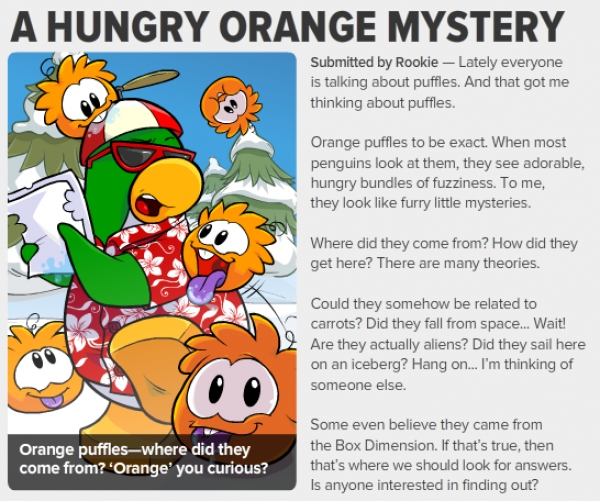 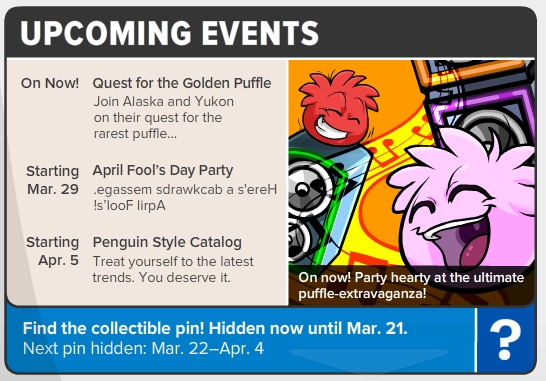