Club Penguin has released a new newspaper, for the 9th of February. This is the sixth issue of 2012 and brings us to a total of 329 published newspaper issues.

The main headline is this week’s newspaper is about all the Fashion Show being a hit at the Gift Shop. 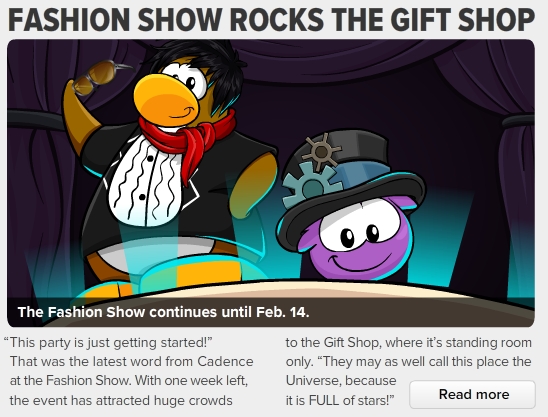 The second main headline is about Rockhopper needing a crew for a dangerous quest to Shipwreck Island. More information will be published in the newspaper next week. 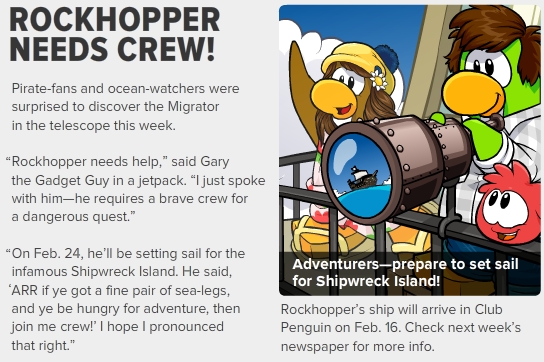 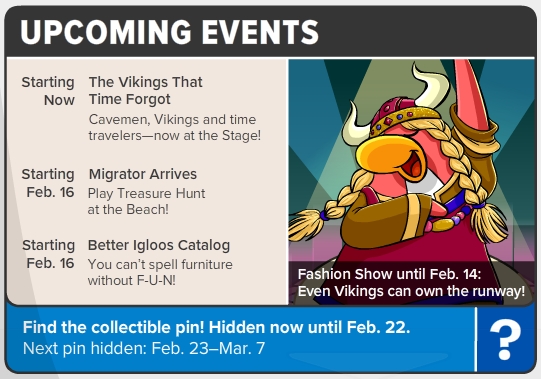