Back in October 2011 when Club Penguin released the new buddy list system, one thing they added to their game mascots file was an entry for PH, or Puffle Handler. (see this post) There were no penguin IDs listed at the time, however overnight that has changed.

One penguin ID was added to PH, penguin ID 176683320. There are no backgrounds or items related to PH in Club Penguin’s files yet, but I bet that will change soon enough – and when it does, I’ll be sure to post. I’m assuming they’re just doing some basic testing for now. However, this is more than enough proof that she will be coming to Club Penguin soon enough. One other thing worth noting was it was confirmed at the Melbourne Aquarium during a Club Penguin Event that sometime in the near future she will be meetable.

When visiting, be sure to use my Puffle Handler Tracker 2012!

Edit: Here’s a little thing with PH on Disney’s Australian Website for Australia Day, as pointed out in the comments by Dsung. 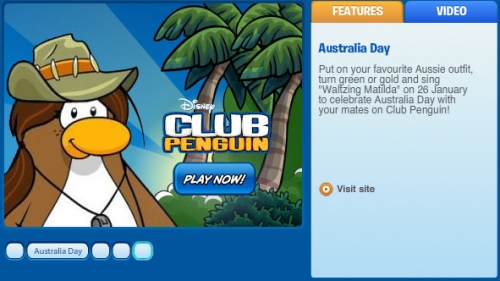 12 thoughts on “Club Penguin’s Puffle Handler To Be A Mascot – Tracker Coming Soon!”