Today Happy77 has given us a three picture sneak peek on the Club Penguin Blog. Here’s the teaser image: 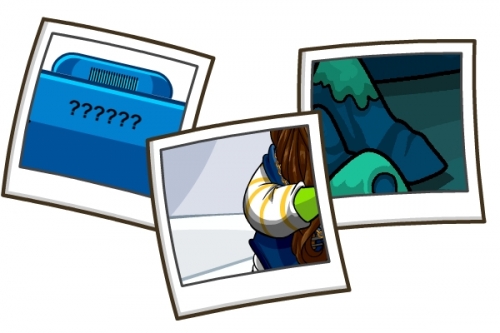 She then included the following information:

Here’s what I personally think the three pictures are. I think the ?????? is Sensei. Maybe Card-Jitsu Snow or something ninja related is happening this month instead of the rumored May? I only think that because back in 2008 before we actually knew who Sensei was, when you clicked on him at the Dojo his playercard said ??????. 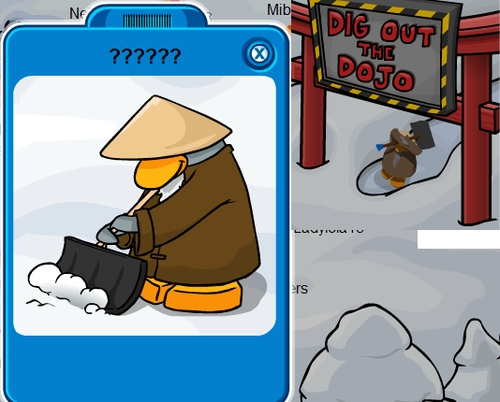 The second picture is probably items we’ll see in the January 2012 Penguin Style Catalog. The third and final image is of the Underwater Party.