With Club Penguin’s first Card-Jitsu Party only a mere six hours away, I thought it would be a good time to post my theories on what I expect this party to expect. Comparing it to last month’s Halloween Party Theories, not as much stuff was leaked for this party, but there is still a fair amount of information. Because this is an all new party to be on the Club Penguin Island, I cannot compare anything to past years of this party. Anyway, here’s what I have to say about this party.

The Card-Jitsu Party was first announced by Club Penguin via their membership page on October 4th, 2011. Nothing else was known about the party until a little over two weeks later, when items for the November 2011 Clothing Catalog were posted in Club Penguin’s files. Still, at this point nothing was really known about this party, aside from the fact it would be ninja related. Then on November 3rd, Club Penguin finally gave us a little hint. They released the login screen for the party. We then learned that Card-Jitsu Fire and Card-Jitsu Water will be for nonmembers also during the party. Information then became more aware, starting with items for the stage and party. More on that later, though.

On November 11th Billybob made a statement on the Club Penguin Blog. He said Card-Jitsu Snow has been delayed, but he gave us information about the party, as well as a sneak peek. Penguins then knew there would be a new stage play. Billybob had said there will be new stamps at this party as well as decorations and temporary new rooms.

With the post of Billybob’s sneak peek, the unreleased items made sense – some of them would be in the Stage Catalog. The items are:

As for free items at the party, the Headbands will be for nonmembers and the Training Plates will be for members.

But what about the Shadow Ninja Items, (Midnight Mask, Nightfall Coat, Helmet of Shadows, and Shade Sandals) that were first leaked way back in June? Will those be in the new Material Arts catalog? There will be a new catalog tomorrow, according to the newspaper. The Card-Jitsu Mat is also an unreleased item for members that will cost 700 coins, so maybe that will be in the catalog, too.

Anyway, other than that only the decorations for a few of the rooms are known, thanks to the party commercial. They are: 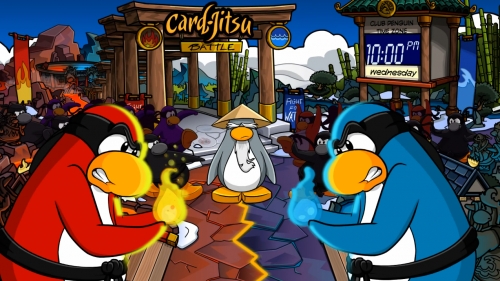 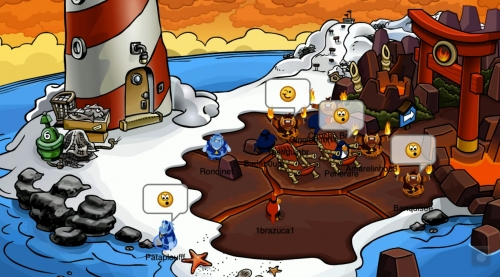 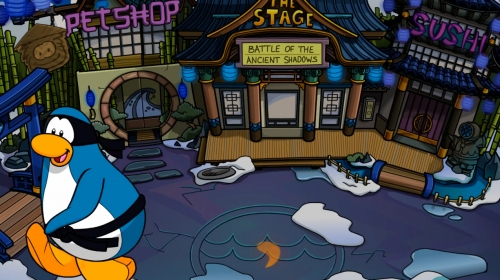 The Fire Dojo (no different?) 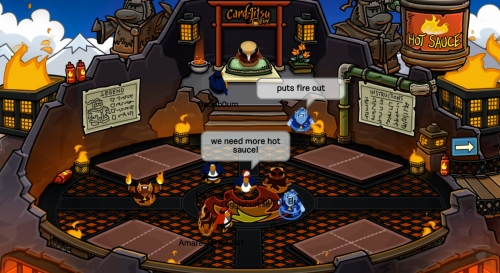 The Homepage: (you can see half the island will be divided into water and the other half fire) 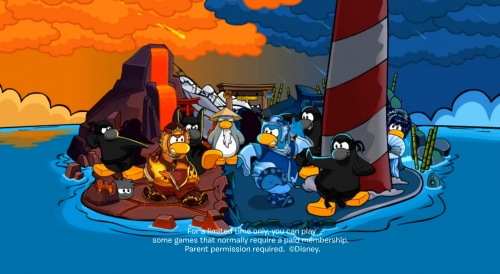 If you want a refresher, here is the commercial:

That’s all I have for this party. What do you think the party will have? What do you want to see at the party? Be sure to let me know!