Happy77 has made a second Puffle Update post on Club Penguin’s Blog. She let us know that the updates they planned are taking a little longer than they expected, but should be released sometime tomorrow. She was kind enough to get another sneak peek of the updates. She said PH, Club Penguin’s Puffle Hander will be helping Puffle owners in the new updates. 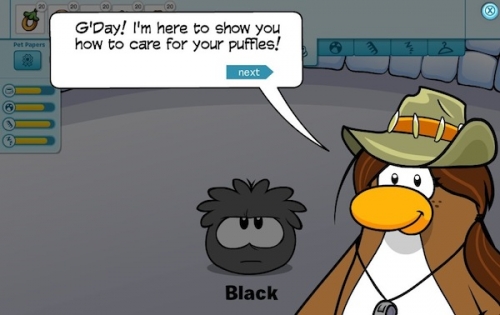 They also want to know what PH’s name should be. They’ve thought of ones such as Paige and Penny already, but would like your input too.

One thought on “Club Penguin Blog: Another Puffle Update!”