On This Day In Club Penguin History – August 24

On August 24th 2007 the camping party was released on Club Penguin. This was Club Penguin’s first (and so far only) Camping Party. It was one of the smaller scale parties – some of the rooms were decorated. It wasn’t one of the big parties such as the Christmas Party where a good majority of the rooms are decorated. The free item at this party was the Marshmallow on a Stick, which was located at the Cove. There was also a snow-dug trail throughout all the decorated rooms to resemble a camping trail. 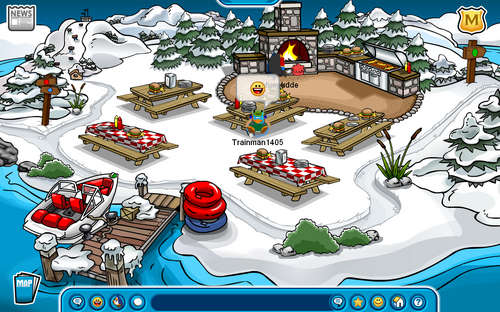 There was no other updates on this day.