An all new post has been made on the Club Penguin Blog! This time it’s another reviewed by you. A few weeks ago Billybob asked what your favorite part of the Island Adventure Party was. Suite106 said the following in response to the question:

My Favorite Part of the party is the ship battle! You have the pirates with complicated cannons to load and the penguin navy with easy to load cannons. I actually like to be the pirates because I have an actual pirate costume and I like more of a chalenge. I Also Like the different bases in the cove and the beach and the things people say make it better. Rock on CP!

This week the reviewed by you question is for Elite Penguin Force agents. 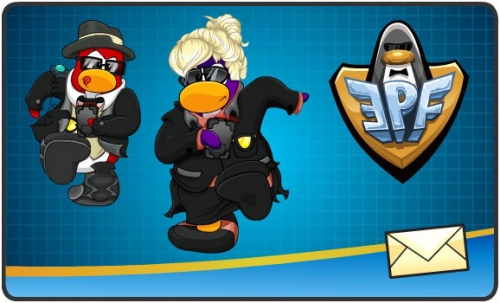 Billybob and the rest of the Club Penguin Team wants EPF agents to tell them about an agent that’s gone over and beyond the call of duty.