Billybob has made a new post on the Club Penguin Blog! In it he gave a few quick updates.

Adventure Party 2011 – Rockhopper will visit and the team will is putting the finishing touches on it.

July 2011 Clothing Catalog & Club Penguin Times Issue 298 – Will be released early next week. He did give a sneak peek. 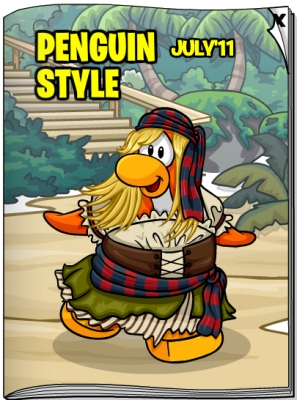 The Free Items That Penguins Get For Joining – It will take a few days for everybody to have them.

Bugs Fixed – The team fixed the Card-Jitsu bug and a few bugs in DJ3K.

New Games Coming Soon – They thanked us for our help in the Beta Team and they said they will have some new stuff up soon.