When you first enter the room you will notice the wall has been blown down and damaged. 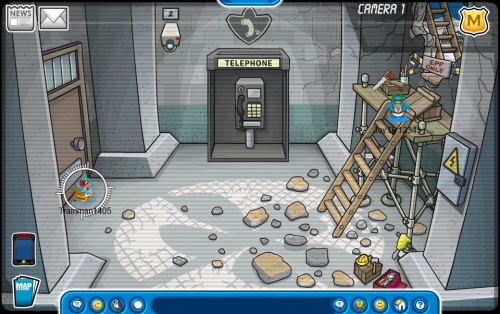 When you enter the room (accessed through the wall) you will see Herbert! 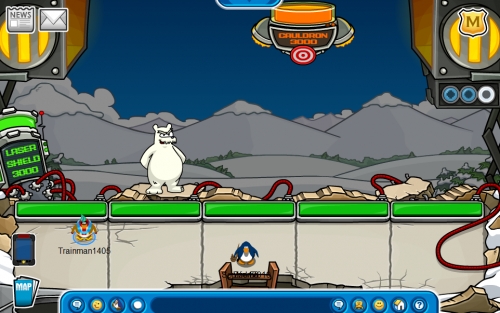 Right after that a little bit of dialogue will pop up. Talk to him. 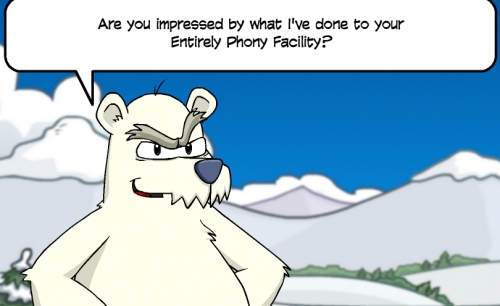 After that the Hydras will appear….do they look familiar? They should, as they’re from the 2011 Medieval Party in the third Knight’s Quest! In fact, you defeat them the same exact way. 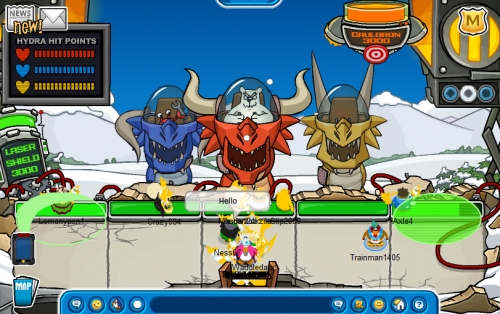 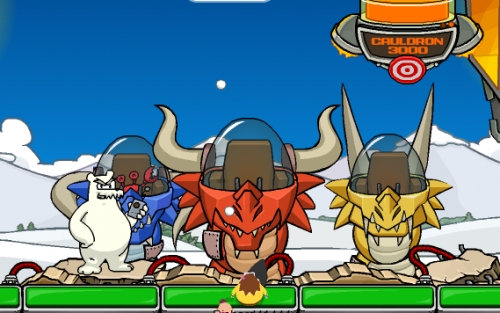 If it’s laggy feel free to use the button to lower the quality!

When you beat Herbert you’ll get not one, not two, but three medals! 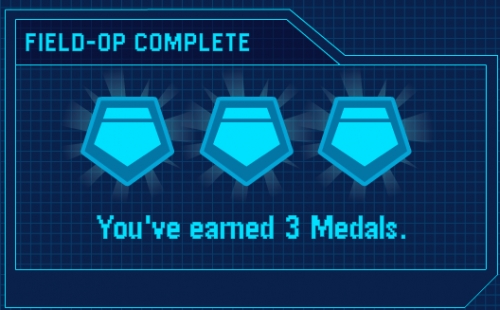 You’ll also get a message from Gary: 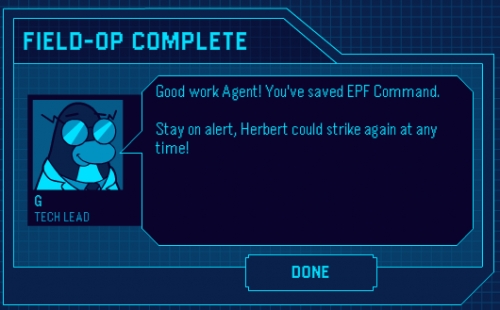 Stay on alert, Herbert could strike again at any time!

If you’ve done every field op, system defender level, and earned these three medals you will earn the Island Guardian stamp for earning 50 EPF medals. 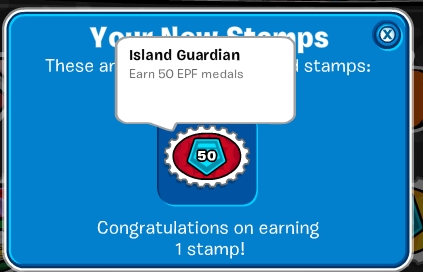 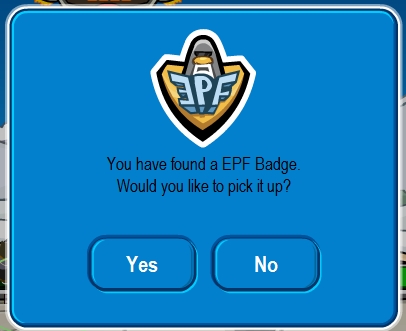 Not only that, but you can get a free Hydra Head as a furniture item….walk up to it as many times you want to get more! Play it again to earn the other colors… 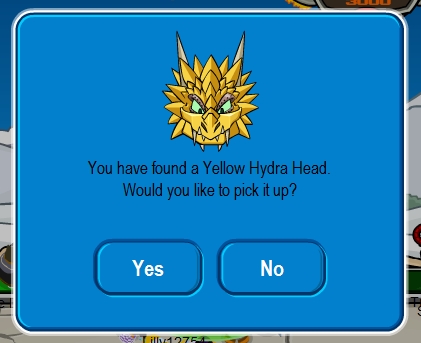 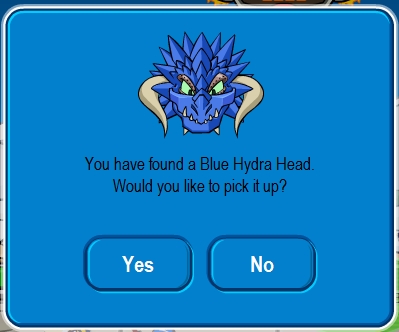 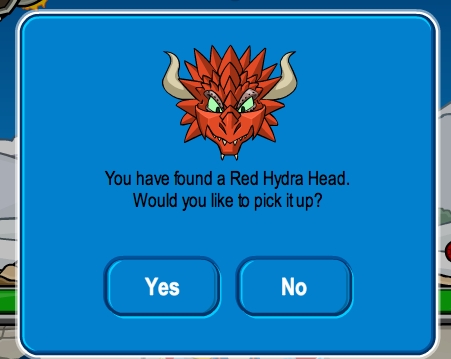 Here is a video of everything: