On the 29th of April there’s been updates on Club Penguin in 2011 and 2013. In 2011 a new field op mission was released and so was the EPF’s stealth gear. In 2013 a new robot to build as well as a new free item were now available at that year’s Marvel Superhero Takeover.

On this day in 2011 Club Penguin released their 42nd field op mission. You had to go to the Coffee Shop and once your spy phone lit up you could complete the mission by matching the shapes in order to decrypt the passcode. The other update on this day in 2011 was also EPF related. The stealth class of EPF agent clothing was released. 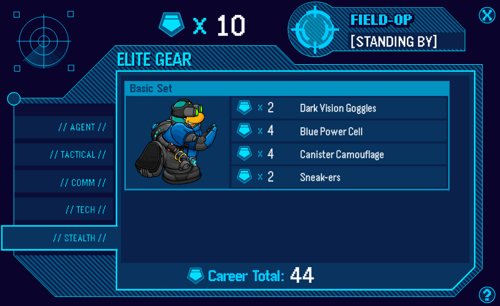 As for 2013, the fifth robot model you could build to destroy the island was now available at the Marvel Superhero Takeover. Members could also collect the Brainwave Fireball Gloves item.