On the 20th of March there’s been updates in 2009 and 2014. In 2009 new editions of the furniture and igloo catalogues were released, there was new igloo music, the Snow Sculpture Showcase kicked off, and the first ever Penguin Play Awards began. In 2014 the Muppets World Tour event began.

The theme of the new items and igloo music released in March 2009 was fine dining. The Restaurant Igloo was released, costing members 4,800 coins. The igloo has not been available since November 2009, which is when it was removed from the igloo catalogue. 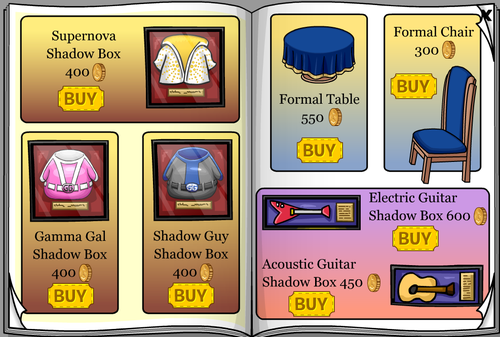 Also on this day in 2009 the Snow Sculpture Showcase began and so did the first ever Penguin Play Awards. The Snow Sculpture Showcase was an event similar to the Festival of Snow held in February 2007, but rather than there being a party across the island, players could submit drawings and Club Penguin’s artists turned some of them into digital snow sculptures that were displayed around the island. Five sculptures were added every week for three weeks, totalling fifteen different sculptures submitted by players being placed around the island. 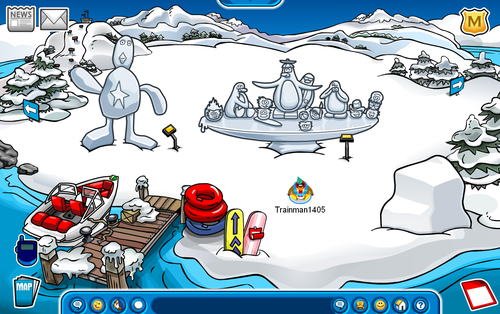 As for the Penguin Play Awards, penguins could dress up as stars and vote in different categories for the nominated stage plays, with the categories being things such as best set or best costumes. Aunt Arctic, Gary, and Cadence were waddling around the island during this event.

Fast forwarding five years to 2014, the Muppets World Tour party began on this day. Rooms on the island were decorated after different countries. For example, the Town was the United Kingdom, the Cove was Brazil, and the Dock was Mexico. Each day you would have to log on, go to one of the countries, and speak to the Muppet there and perform a task. Once you completed that specific task the Muppet would give you a free item. 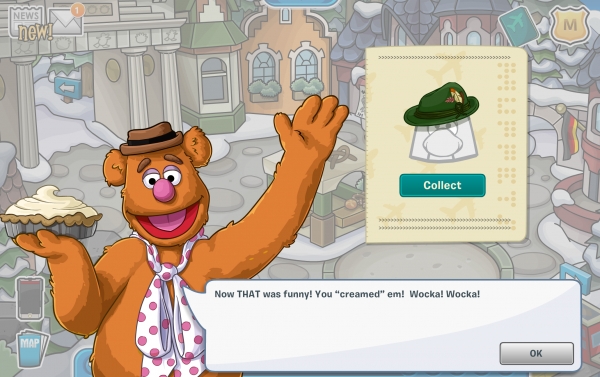 Along with the party both login and logoff screens advertising it were added.

The only other update in 2014 was a new pin, the Pinata Pin. It was hidden at the Coffee Shop. It is Club Penguin’s 273rd pin overall and is the fourteenth pin to be hidden in that particular room.