On the 13th of March there’s been updates in 2009 and 2014. In 2009 there was a new pin, St. Patrick’s Day related updates, and construction at the Stage for the Penguin Play Awards. In 2014 there was a new furniture & igloo catalogue and also new igloo music.

The 2009 St. Patrick’s Day Party that began on this day is Club Penguin’s fourth one they held. The whole island was turned green to celebrate. The free item at the event was the Shamrock Hat, an item returning from 2007. In a special room just for the party, members could collect the free Accordion item for their penguin. This was Club Penguin’s fourth and final St. Patrick’s Day Party. 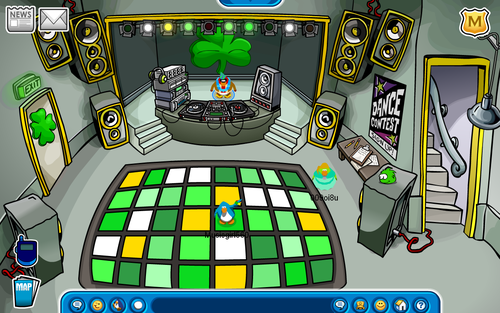 Other St. Patrick’s Day themed updates in 2009 included a postcard you could send to other players and also a new login screen.

The final update in 2009 was construction at the Stage for the upcoming Penguin Play Awards. Here is Billybob’s blog post from this day in 2009:

Today’s the day that the green festivities begin, and there are a lot of surprises all around the island for you to discover! It’ll be up until March 17th, so try to check out all the areas… and let us know if you manage to find the end of the rainbow! 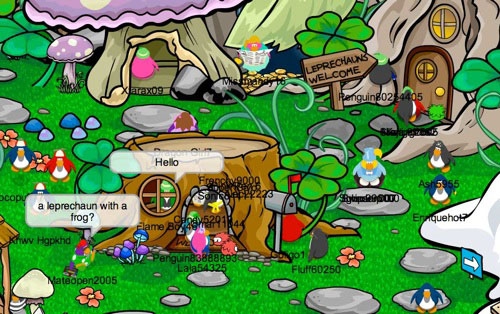 In other news: There’s some construction starting at the Stage today in preparation for the Penguin Play Awards show that’s coming next Friday. Let us know how you’re going to get involved! 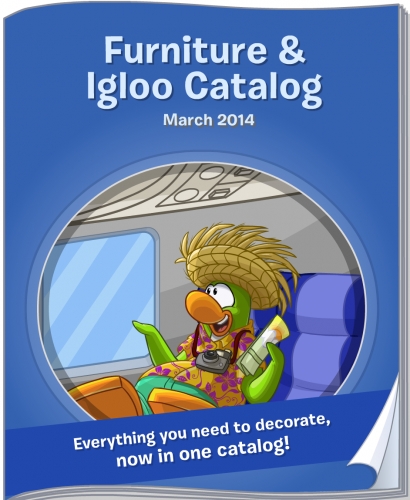