To prepare for the 2009 Puffle Party, some crates were placed around the island a week before the event was scheduled to begin. Another update was the Box O’ Puffle O’s Pin being hidden at the Mine. At the time the pin was called the Box O’ Puffle O’s but its name was later slightly changed. It is Club Penguin’s 83rd pin overall and is the second pin to be hidden in the Mine.

Another update in 2009 was puffles now interacting with their furniture. They now slept in beds, drank from their water bowls, etc. Not only that, but since the whole month was dedicated to puffles, the Puffle Furniture catalogue received an update. In fact, the only non puffle related update on this day in 2009 was Team Red Vs. Team Blue being released at the Stage for the first time. This play ended up being at the Stage a grand total of three times before its closure. 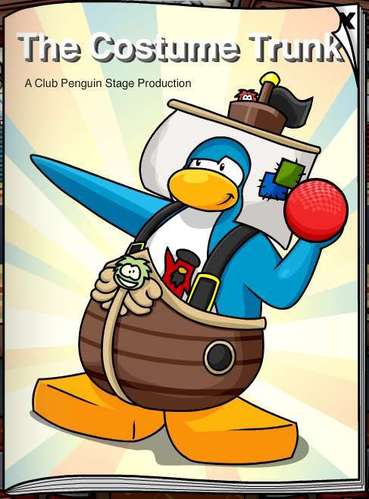 Just like 2009, 2014 also had a lot of updates, although none of them are puffle related this time around. Instead, a lot of the updates had to do with that month’s event, the Fair. The biggest update on this day in 2014 was the Furniture & Igloo Catalogue being updated for the month. The new igloo in the catalogue was the Main Event Igloo, and along with that the Shipwreck Igloo returned. The theme of all the new furniture items was the Fair, too. Some of the new items included game booths for different Fair games as well as the Ticket Hut and Blue Coaster Cart. Club Penguin updated their igloo music, too. The newly added tracks were Into Orbit, Martian Landing, Desert Roads, Bull’s Eye, Marooned Lagoon, Carnival Fun, and The Viking Opera. 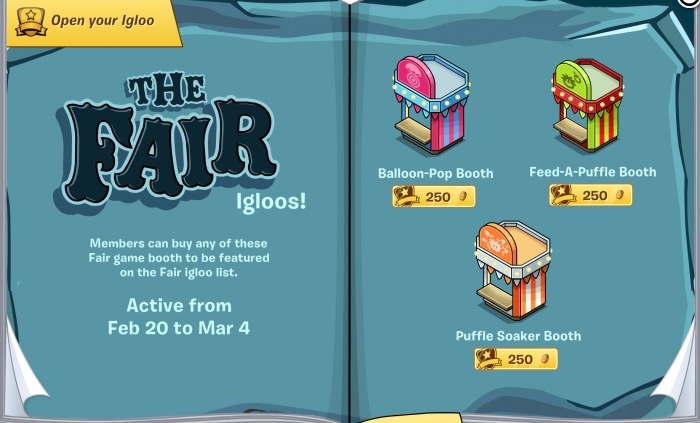 Another Fair related update in 2014 took place at the Arcade, also known as the Dance Lounge. The red arcade machine was going to make an appearance at the Fair so it was temporarily removed from the room. In its place was a slice of pizza and a coin.

The final update in 2014 was the stage play Squidzoid vs. Shadow Guy and Gamma Gal making a reappearance. This was its ninth showing.