Club Penguin has released a new newspaper! This is their 11th of February edition. This is the sixth issue of 2016 and it brings us to a total of 538 published newspaper issues.

The first main article is about Herbert causing hoopla on the island. 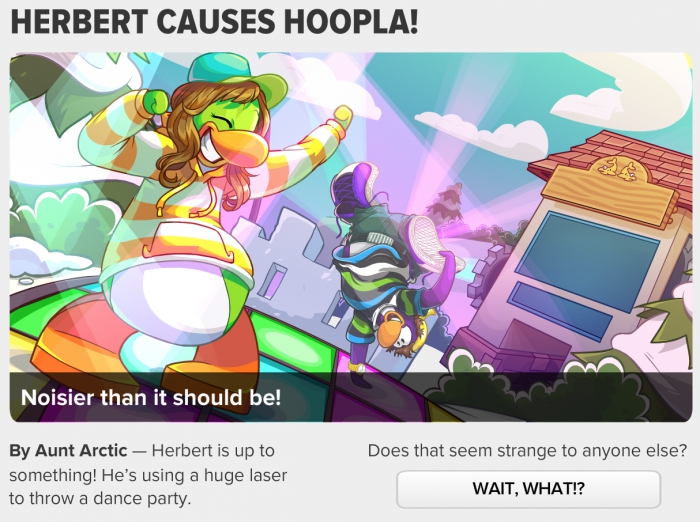 The second main article in this week’s newspaper issue is about SoundStudio. 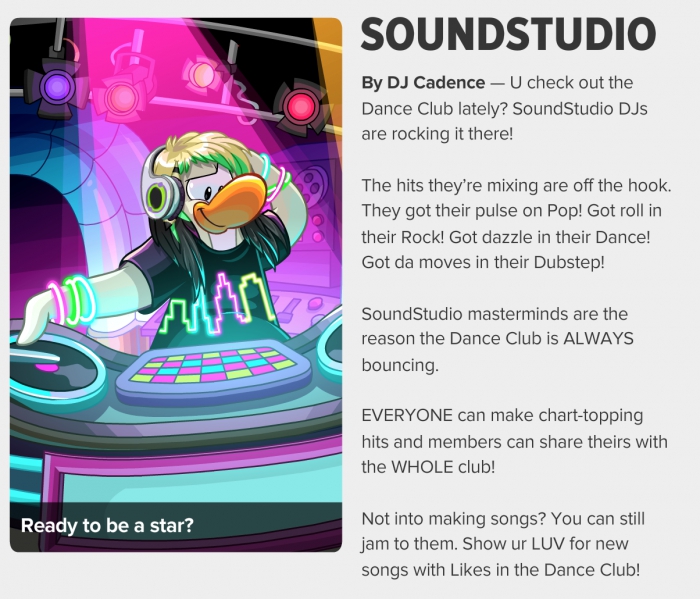 Here are the island rumours: 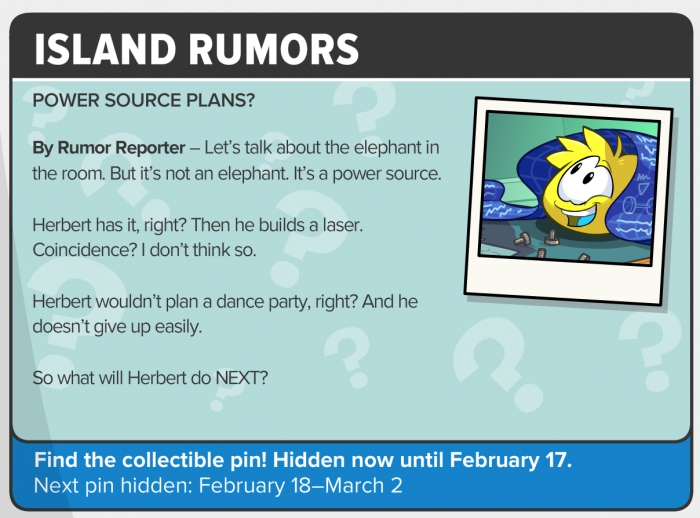