On the 17th of January Club Penguin has only updated in 2013. The Prehistoric Party began so there were many updates relating to that.

The 2013 Prehistoric Party was Club Penguin’s first one. At this party you could access the both the prehistoric version of Club Penguin and also the 2013 version of the game thanks to Gary’s Time Trekker. In the prehistoric times you could dig for dino eggs in Dino Dig to receive a free item and members could transform into different dinosaurs and also purchase items from the party catalogue. Gary was waddling around for this event and if you met him you could obtain his new Prehistoric Giveaway background. 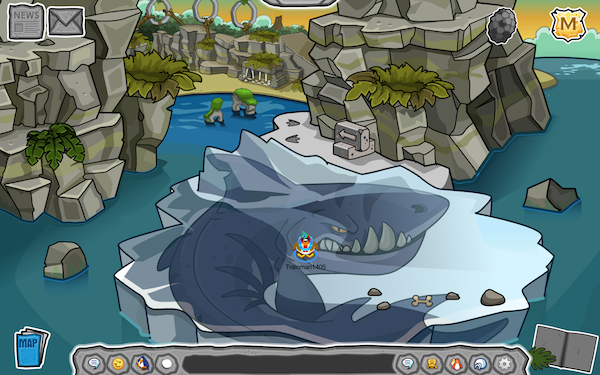 A new logoff screen was released too, advertising a free waterfall igloo item that members would be able to collect beginning on the 19th of January.