Club Penguin has released a new newspaper! This is their 28th of January edition. This is the fourth issue of 2016 and it brings us to a total of 536 published newspaper issues.

The first main article is about the power source for the alien spacecraft being under construction. 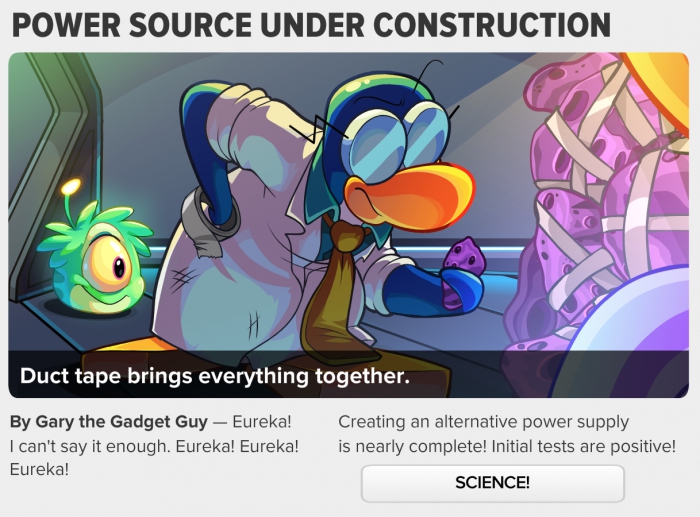 The second main article in this week’s newspaper issue is about dino puffles meeting alien puffles. 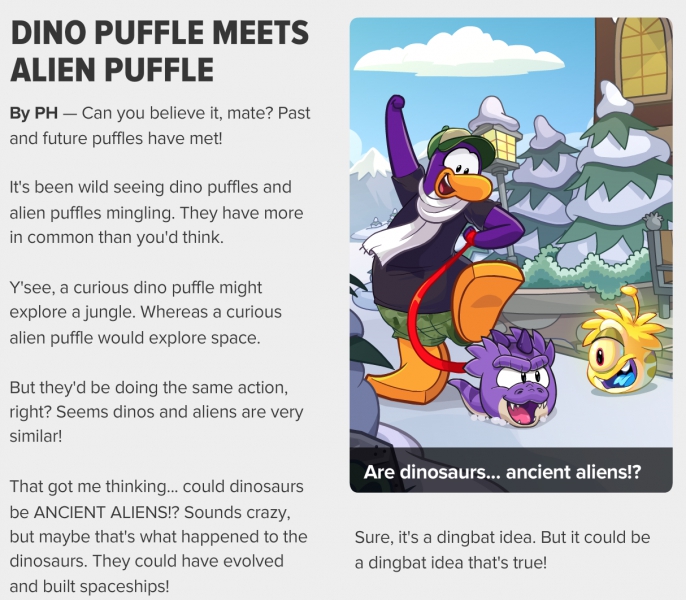 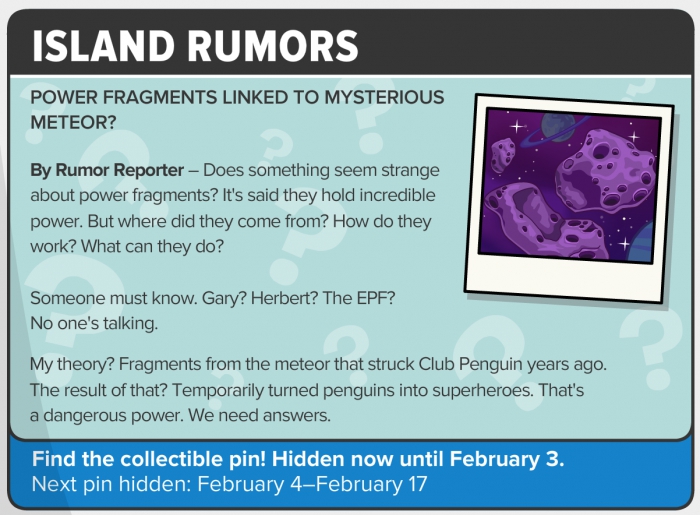