Club Penguin’s 2016 Prehistoric Party has now begun. Until February 3rd you can dig into the past and discover prehistoric Club Penguin! 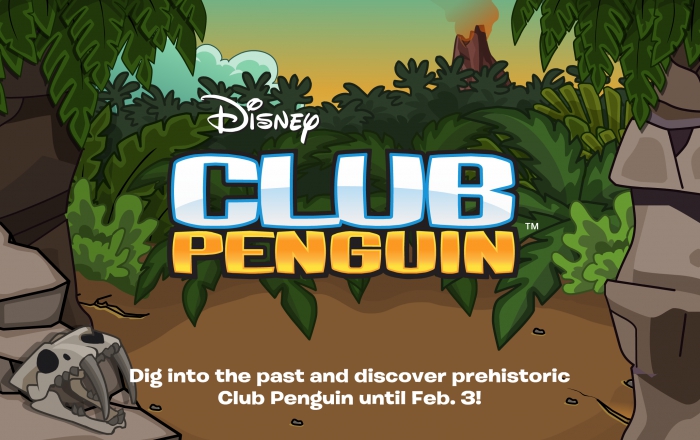 When you first sign on to the game this week Gary will appear and speak to you. 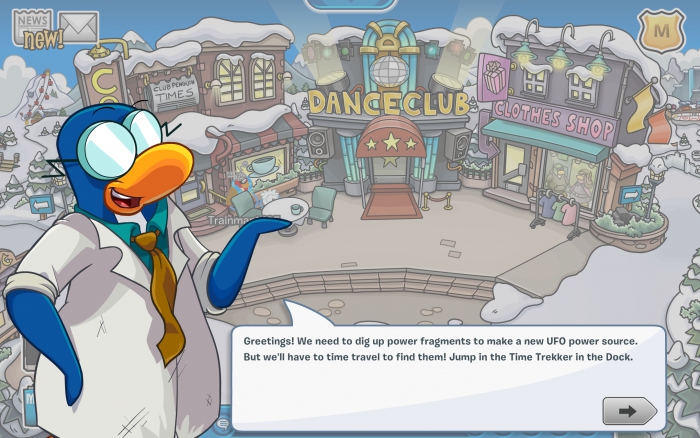 Greetings! We need to dig up power fragments to make a new UFO power source. But we’ll have to time travel to find them! Jump in the Time Trekker in the Dock. 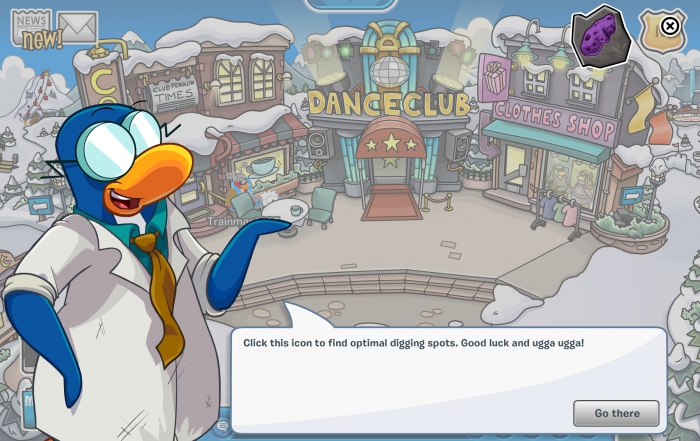 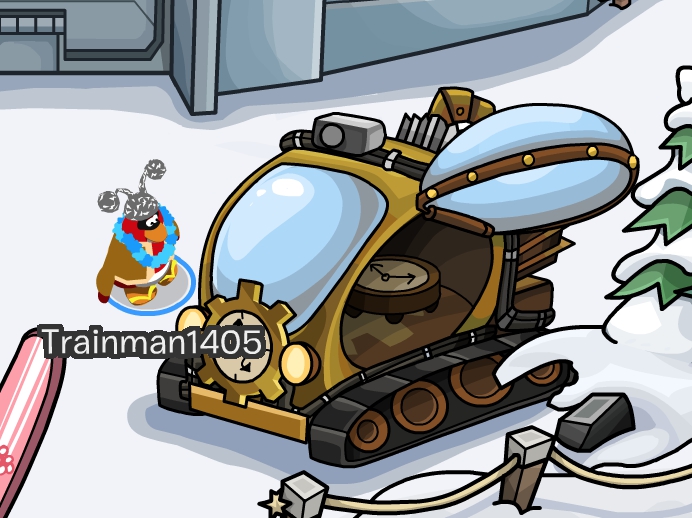 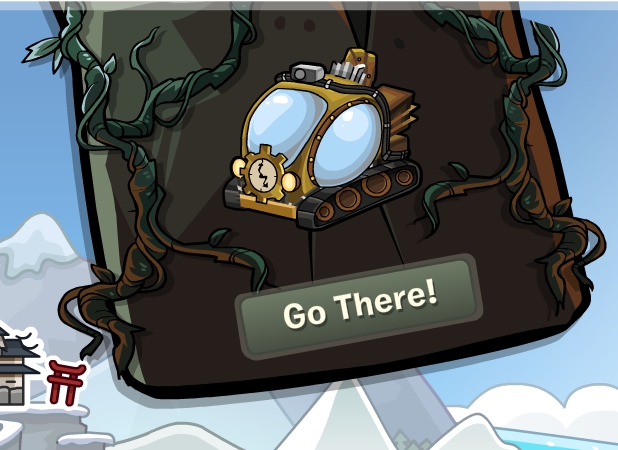 As for the party interface, dinosaur puffles unlock for members on different days, plus items unlock every other day, too. 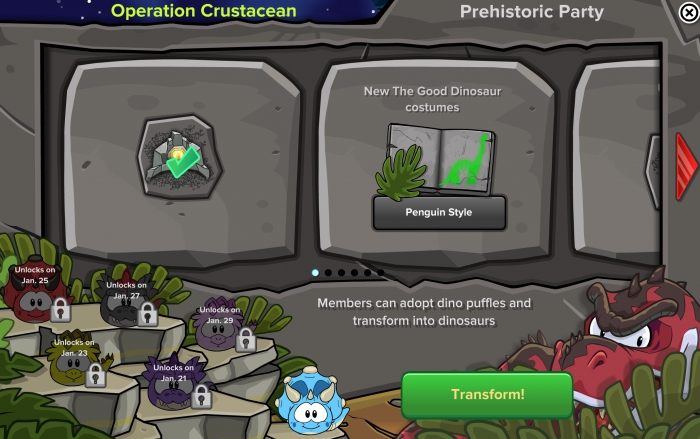 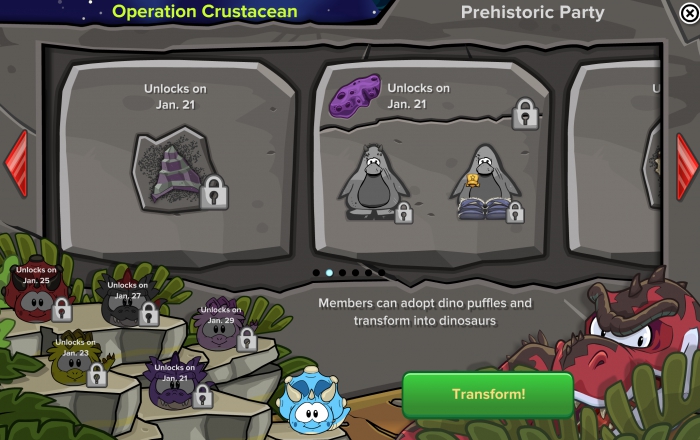 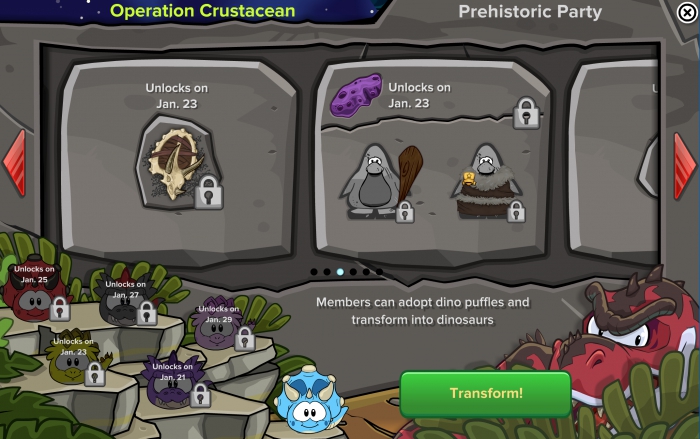 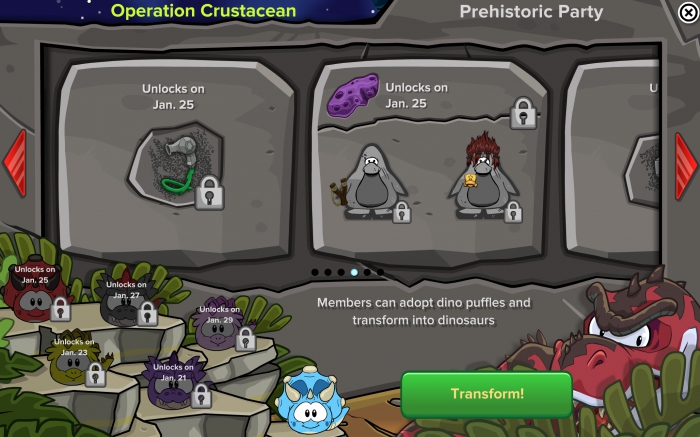 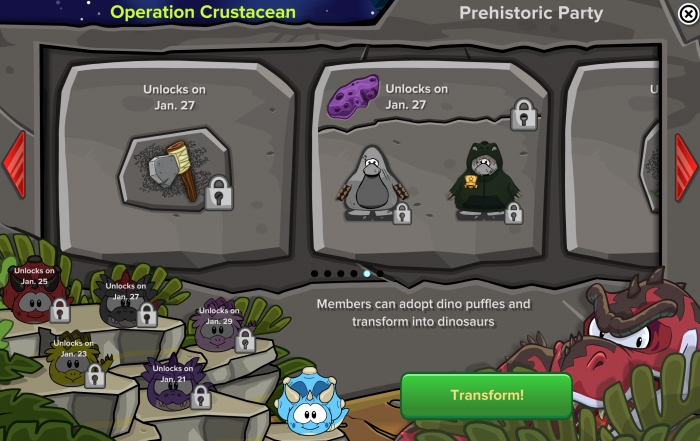 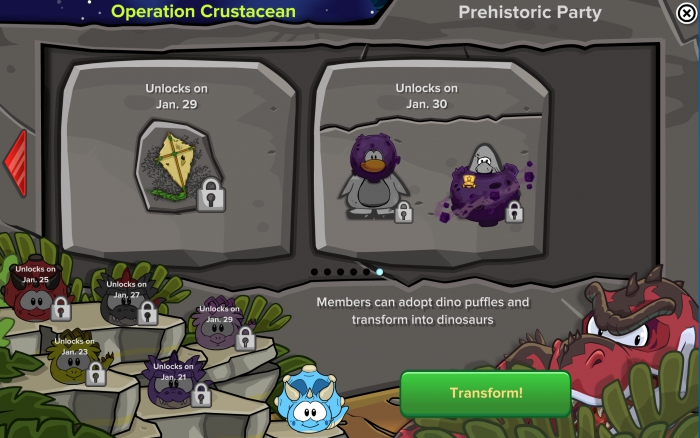 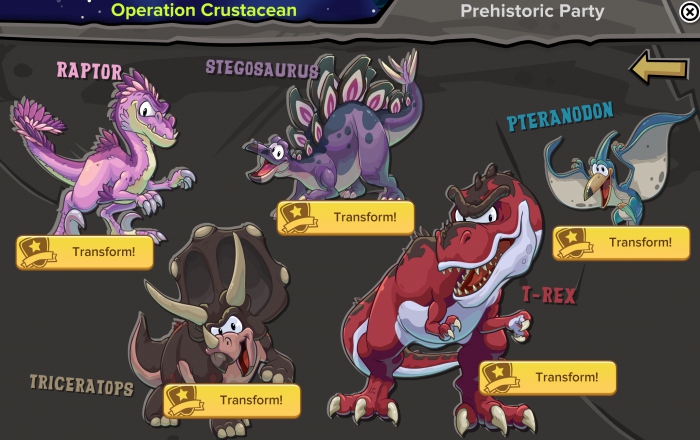 In prehistoric Club Penguin you want to play Dino Dig for power fragments. These fragments are for the UFO at the Dock, as it’s currently stranded due to not having a power source since Herbert took it. 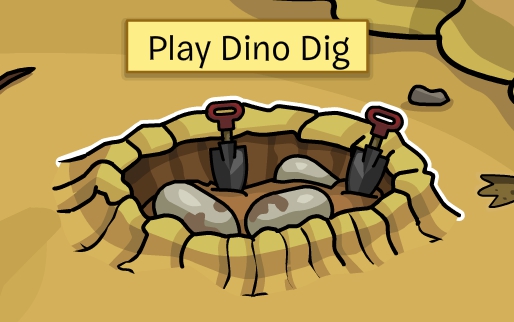 Dino Dig is just like Rockhopper’s treasure hunt game, so you should be familiar with it. You’ll earn both coins and, if lucky enough, a fragment or two. 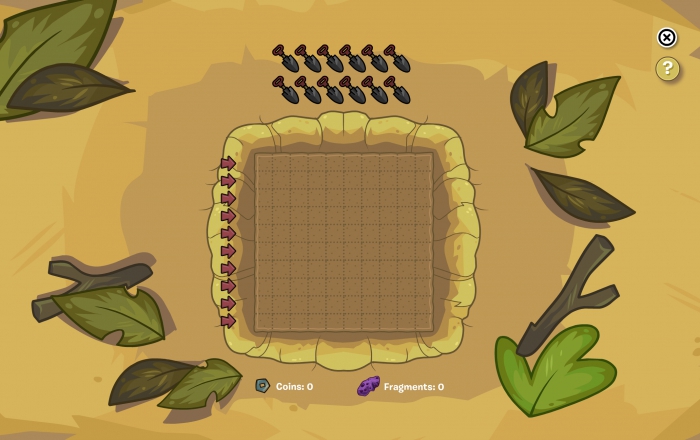 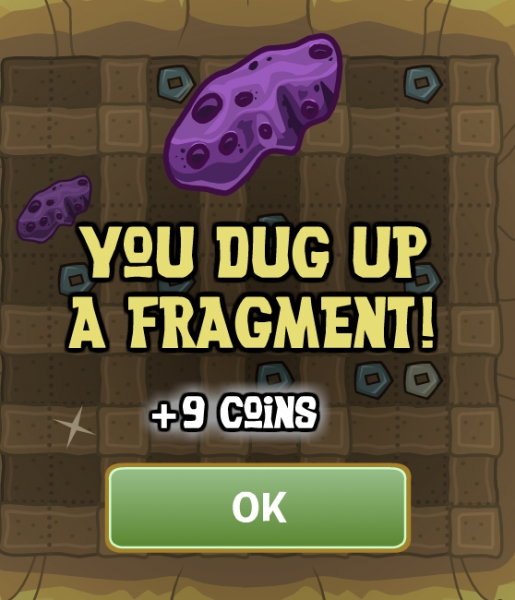 Fragments will unlock items and also be used towards the UFO’s power source.

That’s really all there is to the party, it’s essentially the same as all the other Prehistoric Parties we’ve had aside from the addition of the Operation Crustacean plot. As usual there are special party emotes and Gary is visiting.

How do you like the 2016 Prehistoric Party. Yay or nay?