After roughly two months of silence on social media, today Spike Hike tweeted out of the blue – and it’s a big screenshot of Project Super Secret!

Hey, this looks familiar, yet different. Are we in a new dimension? pic.twitter.com/mBxEQwlZ4l

And here’s the image by itself: 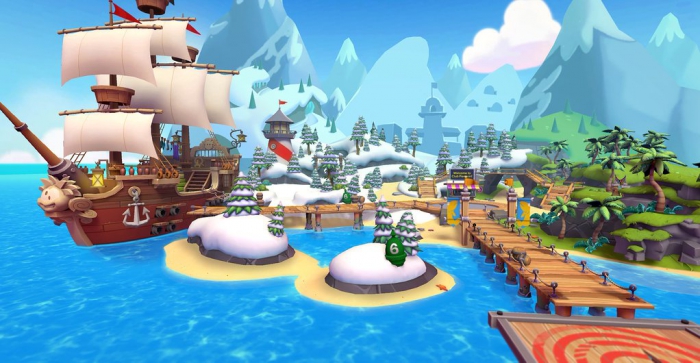 You might notice something similar in the image when comparing it to last month’s Project Super Secret sneak peek.

Overall, I think it looks cool. It kinda reminds me of a Mario Party map, lol. I don’t quite understand the whole grassy/foresty area when Club Penguin is meant to be a snowy island, however…