When logging on to Club Penguin this week, Rookie will appear and let you know that there is an Extreme Paint Festival taking place at the Dock. 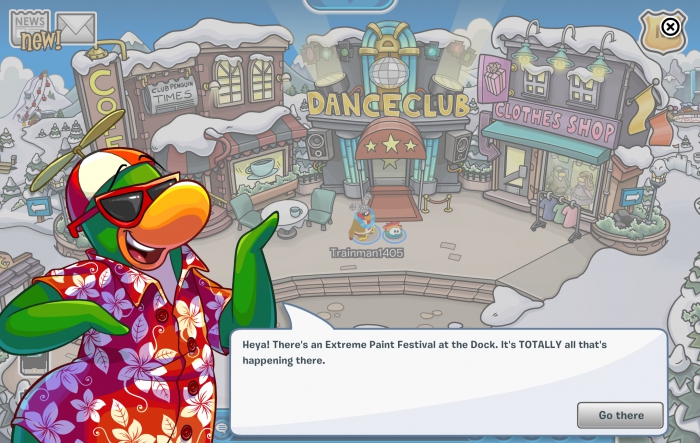 Heya! There’s an Extreme Paint Festival at the Dock. It’s TOTALLY all that’s happening there.

At the Dock you’ll see a building covered in cloths and covered in paint. Throwing snowballs will throw paint instead. If you throw them at the canvas it’ll paint pictures such as a rainbow puffle or penguins sledding. 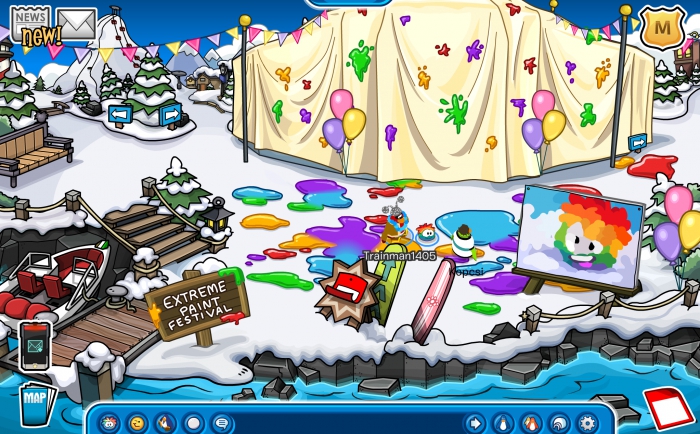 This is leading up to Operation Crustacean which is happening next week. Speaking of which, according to Jet Pack Guy, Herbert is looking for Klutzy. Maybe the crab was abducted by aliens?